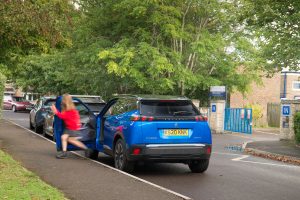 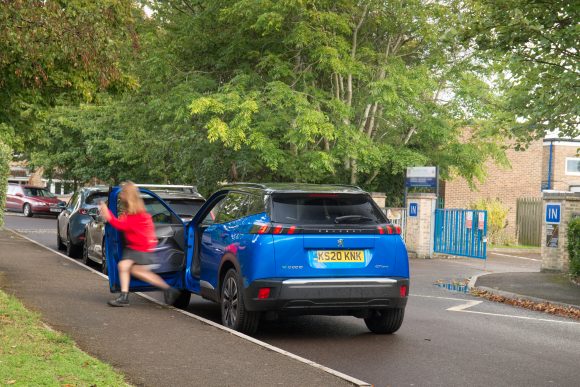 Dealer group Swansway says more parents are looking to buy SUVs because of the pandemic.

Ahead of the new school year starting across the country, it commissioned a survey of 1,000 parents and found that 10 per cent of the ones polled had had a rethink on how their children will get to school

Of those who said they’d be changing their preferred mode of transport, 24.3 per cent now plan to drive them. Meanwhile, 11.1 per cent will make them walk or go by bike.

The changes tie in with a rise in visits to Swansway Group dealerships this summer from parents looking to buy new family-friendly cars for the school run because of concerns over the coronavirus.

Swansway, which has 20 dealerships in the north-west of England, has seen an increase in sales for SUV models, particularly those popular with family buyers.

Swansway Group director John Smyth said: ‘Our dealerships have seen a new back-to-school trend this year, with parents looking to upgrade their car as they switch from sending children on the bus to driving them instead.

‘We’ve already seen people turn to cars in an attempt to avoid public transport, but buyers are clearly preparing themselves for a hectic start to the school year.

‘Many parents will be faced with dropping their children off at different schools, within certain time slots, on top of the typical traits of the school run – and it seems for some, doing it in comfort and safety is an important way to start the school term.’

London is experiencing the biggest post-lockdown shake-up in school-run habits, with 17 per cent of parents saying they’ll now either drive their children to school or make them walk or ride.

Meanwhile, the east of England has the highest percentage of parents saying they’ll switch their kids from using public transport to driving them to school, at 42 per cent.