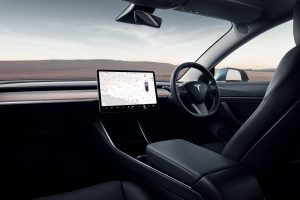 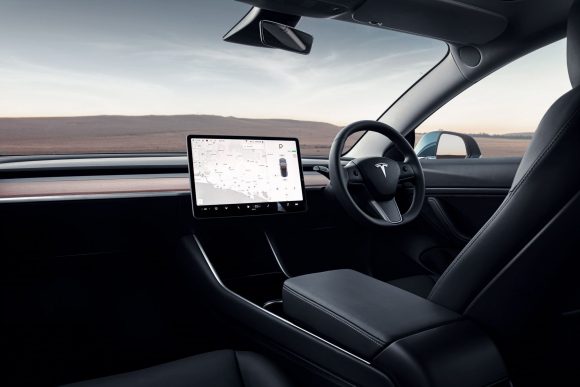 A court in Germany has ruled that the Tesla’s touchscreen is a distracting electronic device after a driver crashed their car while changing the windscreen wiper settings.

The Model 3 has wipers that automatically switch on when it’s raining, but changing their speed means having to navigate the large central touchscreen’s menus.

Nearly all the car’s functions are controlled through the system’s menus – even opening the glove box – and the screen has been a key selling point for the car.

But BBC News reports a ruling by a court in Karlsruhe that the touchscreen should be considered a distracting electronic device.

The accident happened last year and the ruling was actually made on March 27, but it is only now being reported on after it was spotted by the German-language Burhoff Online blog, which focuses on legal matters.

The driver was banned for a month and fined €200 (circa £180) after he drifted out of his lane then hit an embankment and some trees.

He was charged under the same law governing mobile phone use while driving, which also refers to touchscreens and says they must only be used with a brief glance while driving, with the driver having to allow for weather, visibility, plus traffic and road conditions.

The driver appealed to a higher regional court, arguing that adjusting the wipers was a safety matter. However, the court disagreed, saying it didn’t matter why he had been looking at the touchscreen while he was driving. It added that it was irrelevant that the screen was a permanent fixture.

Tesla was asked for a comment but didn’t respond.