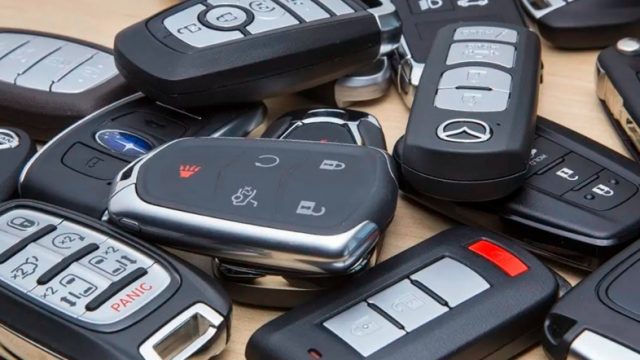 Police Scotland is urging car owners to be vigilant as a spate of thefts – which involve thieves using technology to unlock cars without having the keys – have occurred.

The force said since May, 119 vehicles have been stolen from outside homes in Edinburgh, Forth Valley, East Lothian, Midlothian, West Lothian, Fife and Dundee.

The thieves have either broken into the house and stolen the car keys from near the front door or used a signal amplifying device to pick up the frequency of the car key from outside the home, meaning they can steal the car without breaking into the house.

The break-ins and thefts mainly occur either in the late evening or early morning, when the householders are in bed, and all are being investigated as part of Operation Greenbay.

Most thefts have taken place in Edinburgh, where 40 such cars were stolen, followed by 33 in the Lothians, 19 in Tayside, 16 in Fife and 11 in Forth Valley.

Detective Inspector Karen Muirhead said: ‘Whenever a housebreaking or vehicle theft occurs, it has a profound impact on the victims and as part of Operation Greenbay we are actively investigating all of these incidents to identify those responsible and reunite stolen cars with their rightful owners.

‘Preventing these crimes happening in the first instance is our top priority and the public have a vital role to play in this.

‘I would urge all homeowners to consider what their current home security looks like and evaluate if it could be enhanced through the use of measures such as alarms, motion-activated lights and CCTV.’

She added: ‘For those with electric key fobs, please consider buying a faraday box or pouch, which blocks the signal from being detected and amplified to open and start your vehicle. At the very least, please do not leave keys near the door or entryway of your home.

‘Following engagement with victims, we have established that many prefer to leave keys and valuables near doors so that in the event their homes are broken into, thieves do not venture further inside the property.

‘In our experience, the likelihood of this occurring is extremely rare, with most criminals seeking an easy and quick grab, rather than having to search the entire house.’

She urged anyone with information on the crimes to contact police via 101 or alternatively make an anonymous report to Crimestoppers on 0800 555 111.