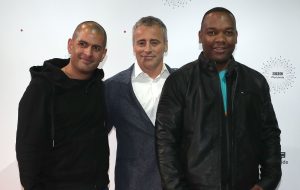 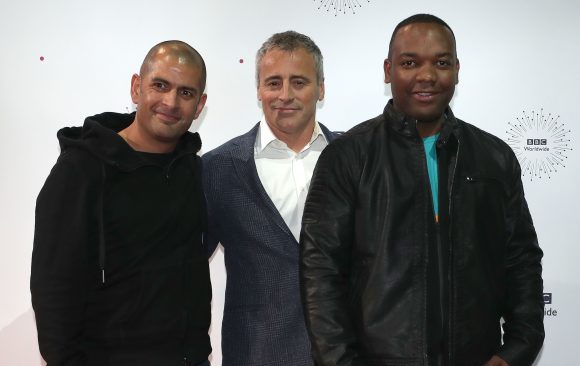 TOP GEAR returned to television last night with a trip to central Asia and a Hollywood star to kick off its new series.

The BBC Two motoring show hit the screens on Sunday night with former Friends star Matt LeBlanc in the driving seat and Chris Harris and Rory Reid joining him as co-hosts, following the departure of Chris Evans.

The last series was savaged on social media, with much of the criticism levelled at Evans’s hosting style, and many wondered whether Top Gear had many miles left in the tank.

But last night’s instalment, which featured a trip to Kazakhstan and an interview with Scottish actor James McAvoy, fared much better, with viewers saying on social media that it was a ‘massive improvement’ and it had made ‘a promising start’.

‘Top Gear is back how it should be!’ enthused one viewer on Twitter.

‘Top Gear is back and it was so sweet I could have licked it,’ said another.

LeBlanc, 49, was called ‘a natural’ as a presenter and several people said the programme was better without Evans, who quit after the last series saying he gave it his best shot but that it was ‘not enough’.

BBC’s #TopGear is back on the track. pic.twitter.com/SVcWDqVIES

But although there was plenty of good will for LeBlanc, the first non-British host in the programme’s 40-year history, it seems there is no replacing the old trio of Jeremy Clarkson, Richard Hammond and James May in the audience’s hearts.

One person tweeted: ‘Top Gear will never be the same without @JeremyClarkson & co but new series def better than last one.’

‘Thought the new #TopGear was decent. Much better without the unbearable Chris Evans. Still not a patch on clarkson and co though,” said another.

MORE: Up to 75,000 Mercedes-Benz cars in UK face recall in fire risk