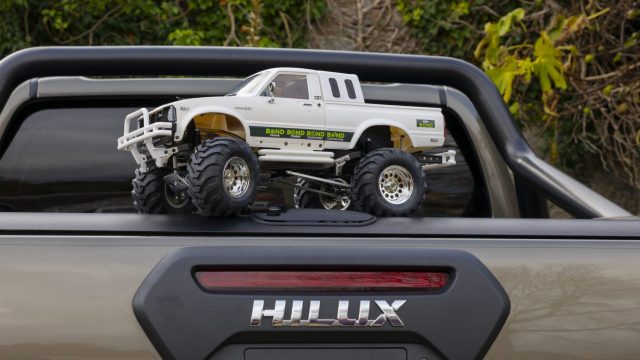 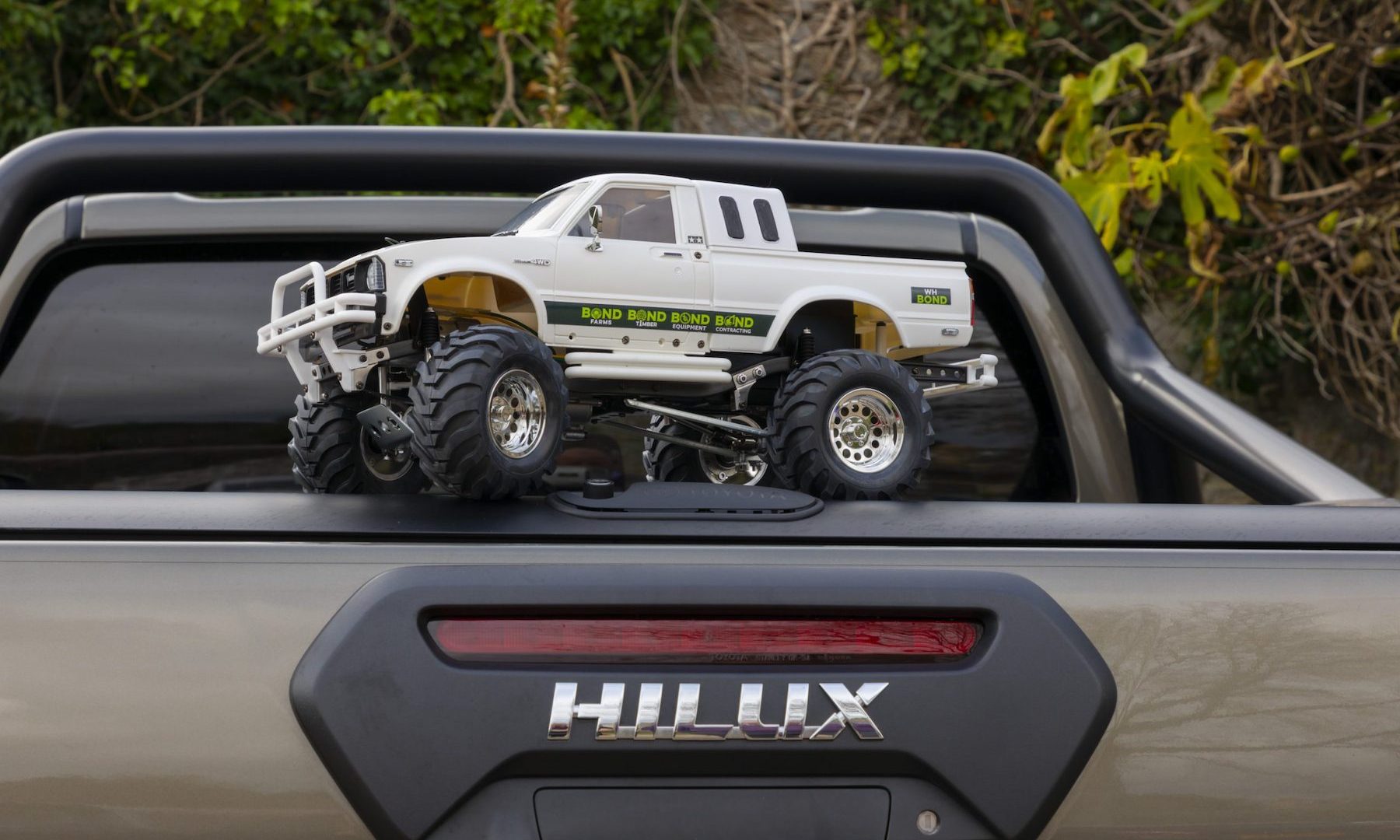 Toyota thanks customer with surprise gift of a radio-controlled Hilux

Toyota has thanked a loyal customer with a special radio-controlled Hilux pick-up.

Cornwall-based W.H. Bond has been a customer of Toyota for 28 years, and in that time has purchased no fewer than 200 Hilux pick-ups.

As a surprise thank you, Toyota has handed over a special miniature version of the Hilux – a radio-controlled one finished in W.H. Bond’s livery.

The handover took place at a business meeting in Plymouth, where representatives from W.H. Bond were completely unaware of the surprise gift.

The family business, established in 1957, is based near Saltash in Cornwall.

It uses Hilux to support its different commercial areas which include an award-winning timber merchant, bespoke civil engineering division, sales of plant and agricultural equipment including classic tractors and farming nearly 2,000 acres.

‘The W.H. Bond livery features all the different areas of our business. Toyota is a valued supplier and we have a great relationship with its fleet team and our local centre, Snows Toyota, in Plymouth.

‘We look forward to receiving many more life-size Hilux in the future.’

A front metal under-guard helps the model tackle tough conditions. It has an electric motor linked to a three-speed gearbox, delivering power to all four wheels.