Home > News > It’s a turtle mystery! Rolls-Royce staff get a bit of a shell shock 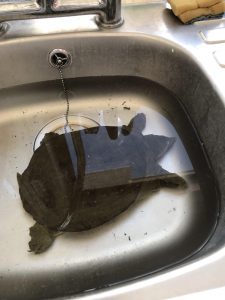 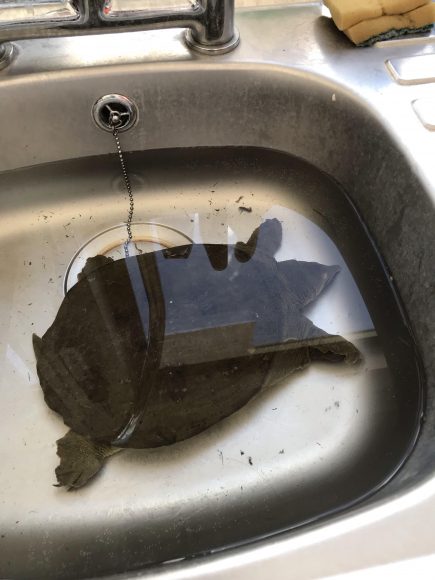 It’s a turtle mystery! Rolls-Royce staff get a bit of a shell shock

STAFF from luxury car manufacturer Rolls-Royce were shell-shocked after finding a turtle wandering through their technology and logistics centre in West Sussex.

The employees discovered the turtle exploring a lorry yard at the premises in Bognor Regis, which serves the company’s factory in Goodwood, about eight miles away.

They managed to gently put him in a box from which he was transferred into a water-filled sink while they contacted the RSPCA.

She said: ‘It’s a turtle mystery how this little guy got into the warehouse! It’s in the middle of nowhere, so I haven’t a clue where he’s come from.

‘Staff spotted him wandering around and, unsurprisingly, had quite a shock.

‘Luckily, he doesn’t seem to be too worse for wear and didn’t have any signs of injuries on his head, legs or carapace [shell]. He’s a lucky turtle!’

It is believed the creature had been abandoned in a pond nearby before making his way on to Oldlands Farm Business Park, where the Rolls-Royce logistics centre is based.