That’s according to experts at Cap HPI, who said the result was significantly higher than the five-year average for February of 0.2 per cent.

Particular strength was seen in the small-to-medium-sized car sector, with average upward moves of 3.3 per cent or £163 for city cars, 1.8 per cent or £116 for superminis, and 1.2 per cent or £102 for the lower medium segment at the three-year/60k-mile points.

Jeremy Yea, senior valuations editor at Cap HPI, said: ‘Vehicles in the small-to-medium-sized sectors remain very desirable and highly sought after at the right age and price points of sub-£10,000 to £12,000.’

The Cap HPI team reported that most used car retailers were seeing good demand despite the recent bad weather causing heavy disruption across the country. 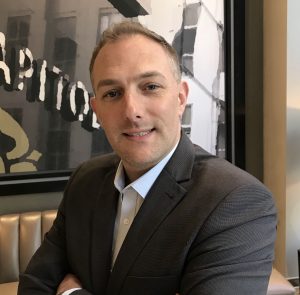 Yea said: ‘With this continuation of high retail demand, the biggest challenges that most retailers currently face are not just replenishing sold stock levels, but also trying to retain workable profit margins whilst remaining price-competitive.

‘With current trade demand outstripping supply, along with continued strengthening of pricing throughout the month, this has only compounded this issue further.

‘Many retailers are reporting that margin compression is still one of their biggest concerns this year, especially if retail advertised pricing is not increasing in line with current trade and wholesale pricing.’

The data company said five sectors witnessed overall reductions in February at the three-year/60k-mile point: executive (down by 0.1 per cent), large executive (1.4 per cent), luxury executive (0.6 per cent), sports (0.8 per cent) and supercar (0.9 per cent).

Commenting about this month, Yea added: ‘We are unlikely to see any significant increase in return volumes initially. If supply and retail demand remain at current levels, then we expect another stable and possibly positive month for used cars.

‘Historically, the used car market in March is generally a stable one, with values only moving down 0.1 per cent since 2015, although 2019’s reduction of 0.9 per cent does distort the overall average. With 2019 removed, the average move is positive at 0.1 per cent.’