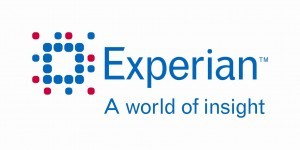 Used-car sales ‘at highest point since 2008’

USED-CAR sales rose by 2.6 per cent in the third quarter of last year to reach their highest point since 2008, according to data from global information services company Experian.

A total of 1.86 million used cars were sold in Great Britain between July and September last year, compared to the 1.82 million in the corresponding months in 2013. It represented the strongest period for used-car sales since the second quarter of 2008, when 1.92 million vehicles changed hands.

Older cars caught the eyes of motorists, with the number of used cars aged nine years or more sold up by 7.1 per cent year-on-year in the third quarter of 2014. Sales of used cars aged up to three years increased by 4.3 per cent, but there was a drop in transactions of vehicles aged between three and six years (3.4 per cent) and six and nine years (3.9 per cent).

Used-car sales went up by 5.8 per cent in the north-west of England, the largest increase of any region, followed by sales surges in the south-west of England (4.3 per cent) and Scotland (4.2 per cent). However, the number of used cars changing hands in East Anglia dipped by 17 per cent.

Andrew Ballard, strategy director at Experian Automotive, said: ‘More people are considering changing their car, as demonstrated by the strong performance of new-car registrations throughout last year. But our data shows it’s not just new cars which are catching the eye – motorists aren’t scared of cars which have been on the road for nine years or more, probably because they are often more affordable.’