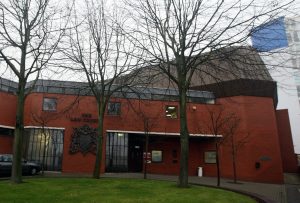 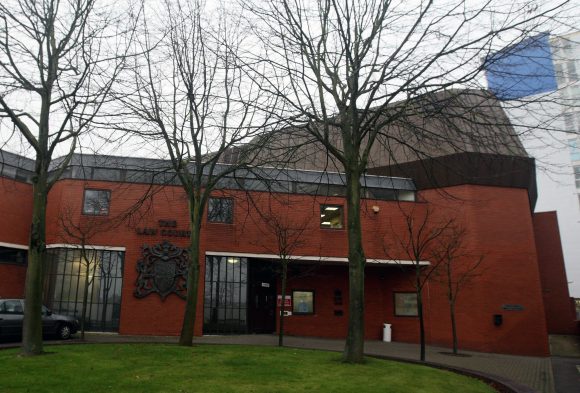 A used car salesman and convicted fraudster has avoided jail after he was found to have a stolen Porsche Boxster when he was nabbed in a Ford Fiesta that had also been nicked.

Miles Eglin should have known there was something dodgy about the Boxster, for which he paid £4,500 although it was worth up to £15,000, the Swindon Advertiser reported a judge as saying.

He’d bought it from two unknown men, and had been having financial problems relating to his £1m-plus home while acting as a carer for his father who had cancer.

But sentencing Eglin at Swindon Crown Court, pictured, yesterday (Dec 22), Judge Jason Taylor QC was reported as saying: ‘You knew, to use a colloquial expression, it was a steal – quite literally. It was well below market value.

‘I’m satisfied you knew you hadn’t got lucky. You were dishonest and you were quite happy to turn a blind eye.

‘The reality is you had been in the car trade for a number of years and your radar should have pinged straight away this wasn’t legit.

‘You were trying to make easy money to ease your financial difficulties because you didn’t want to lose a home that you had built.’

According to the Advertiser, police pulled Eglin, 53, over in the Fiesta in a Trowbridge Tesco car park in August 2019 as they thought it had false number plates. It subsequently emerged that it had been stolen from a property in Sonning Common the previous month.

When they searched him, they discovered £400 in cash as well as Porsche and Ford Transit keys in the boot, where there were also three different registration plates.

Eglin, of Shaw Hill, Melksham, denied any knowledge of the plates, saying he’d only bought the car recently. Police also found a total of 7.5g of powdered amphetamine in the Fiesta and in his fridge, reported the Advertiser.

When they got to his home, the Boxster was outside and it transpired that it had been taken from a house in Wargrave in June 2019.

However, Eglin denied ever stealing any cars and said he’d handed over £2,500 for the Fiesta but didn’t know the names of the two men from whom he’d bought the cars.

At an earlier hearing at Swindon Magistrates’ Court, he admitted two charges of handling stolen goods and possessing amphetamines, and was given a six-month prison sentence suspended for 18 months. He was also ordered to pay £350 costs and carry out 200 hours’ unpaid work.

In mitigation, Rhianna Fricker said Eglin was sorry for what he’d done and when the offences took place he’d been behind with mortage payments on his £1m-plus house and was facing eviction.

In late 2013, Eglin admitted fraud and was given a six-month prison sentence suspended for a year after four cheques totalling nearly £53,000 that he paid to Aston Barclay Westbury auction house bounced.

In addition, he was ordered to carry out 150 hours of unpaid work.

But he was spared jail the following year after being convicted of shoplifting £340 of goods at Asda in Melksham on December 30, 2013 – an offence that he’d denied.

Instead, he was told to carry out 150 more hours of unpaid work for the breach of the suspended prison sentence, as well as an extra 100 for the shoplifting, and pay a surcharge of £60.