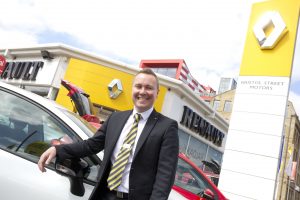 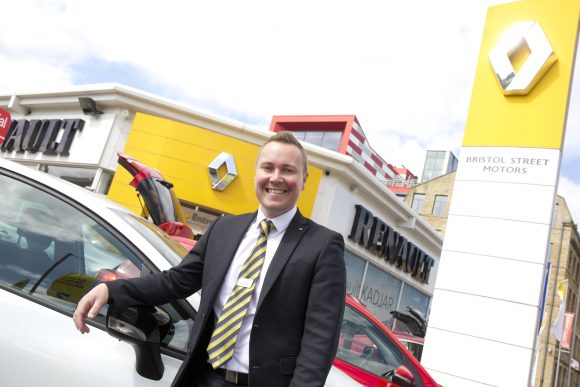 BRISTOL Street Motors Renault and Dacia in Bradford has appointed a new general manager with more than two decades of experience in the motor industry.

Darren Simpson entered the motor retail industry after getting a taste for it at the age of 16, when he worked as a valeter during the summer holidays for a small family-run dealership. Now, 21 years later, he is responsible for a 40-strong team at the Thornton Road dealership.

After starting out as a part-time valeter, Simpson has spent time working in nearly every aspect of the motor trade, having undertaken roles in parts, service and sales, before progressing to dealership management.

A believer in leading by example, he recently climbed Ben Nevis with his wife and children to raise £500 for the Life for a Kid leukaemia charity after being inspired by his friend’s four-year old daughter.

He said: ‘I’m very pleased to be joining Bristol Street Motors Renault and Dacia Bradford. It has a fantastic reputation and I’m really excited to be taking the helm. Even though it is a managerial role, it is still a customer-facing role, which I absolutely love.

‘I love working with people and getting the very best from them. My ambition going forward is to keep the dealership on track and work with my team to develop and hone their skills, whilst continuing the exemplary customer service already offered.’

MORE: Profits down at VW as firm continues to face emissions fallout

On SuperUnleaded.com: Reckon Racing Drivers Have It Easy? Think Again…