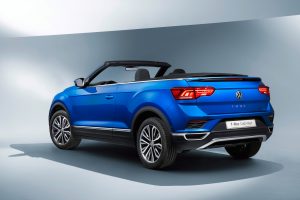 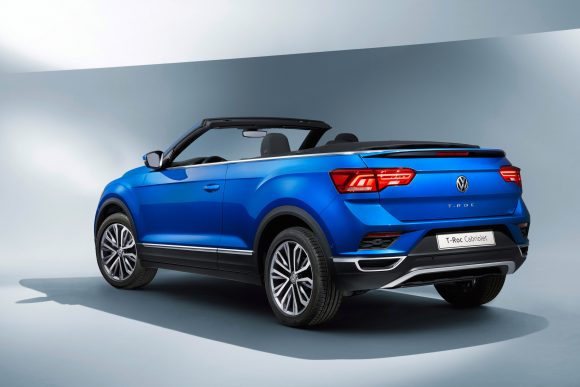 VOLKSWAGEN has revealed pricing and specifications for its upcoming T-Roc Cabriolet, with order books now open.

The convertible crossover kicks off at £26,750, with two engines available. These are both petrol, with capacities of 1.0 and 1.5 litres, and are linked to a six-speed manual gearbox as standard, while the latter can be optioned with a seven-speed automatic DSG gearbox.

Topping the T-Roc Cabriolet range is the R-Line, which is available from £31,920. This brings 19-inch alloy wheels, Volkswagen’s Active Info Display digital instrument cluster, LED headlights, R-Line-specific body styling and a host of interior goodies to mark out the model. It also sits 20mm lower than the standard car as a result of its sports suspension.

As well as inheriting the regular T-Roc’s colour palette, the Cabriolet also gets two exclusive hues, namely Ivy Green Black and Smokey Grey Metallic Black. Volkswagen says the roof can be lowered in nine seconds and raised in 11, while its 284-litre boot capacity is down from the standard T-Roc’s 445-litre capacity as a result of the introduction of its soft-top roof.

There’s no word yet on when the first examples of the Volkswagen T-Roc Cabriolet will arrive in the UK, although they are expected to be here in time for the summer sun.