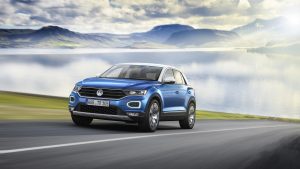 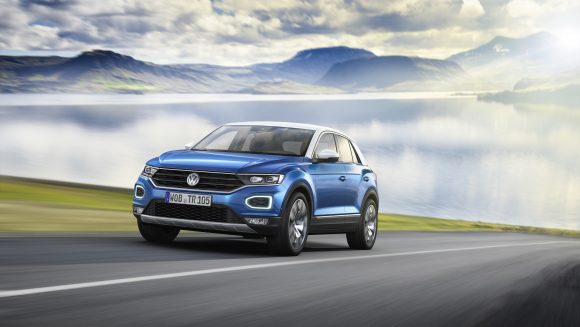 VOLKSWAGEN has ‘plans to develop’ its high-performance R range to include more models, the brand’s head of R&D has revealed.

Speaking to us after the Geneva Motor Show, Frank Welsch said the ‘flexible’ R brand could be extended to a number of models across the range – most likely starting with the T-Roc.

Singling out the freshly launched compact crossover for its combination of modern, aggressive styl-ing and agile driving dynamics, Welsch hinted that the T-Roc in many ways filled the void left by the Scirocco three-door coupe – VW’s last car to receive R badges outside of the Golf range.

A T-Roc R could be fitted with a version of VW’s ubiquitous 2.0-litre TSI petrol but tuned for higher performance – as used on the Golf R. A Haldex four-wheel-drive system, also already available on T-Roc, would likely be included to help the R put down its power.

While Volkswagen has eyes on further Rs, it looks like its famous GTI badge won’t be appearing on additional models any time soon, though. Welsch hinted that the maker wasn’t keen to extend GTI beyond the three models already on sale – Golf, Polo and Up.

The reason, said Welsch, was more about values than business – GTI having an intrinsic ‘feeling’ that wouldn’t necessarily translate to all models in the range. Similarly, he argued that GTI-badged cars ‘must be front-drive’ – compromising dynamics for larger models that might need higher pow-er outputs to be seen as sporty.

After the somewhat derided Mk3 and Mk4 Golf GTIs of the 1990s, Volkswagen is understandably keen not to dilute the historic GTI brand again. Even the recently launched Up GTI almost wasn’t labelled as such, Welsch revealed to us.

‘We looked at whether to call it a GT or a GTI, but you cannot look at just the power output and so on on paper and decide,’ he said. It was only once the development team had taken a prototype for a drive and come back smiling that they were confident it was worthy of the badge, said Welsch.

MORE: Volkswagen delivers more vehicles than ever before in 2017