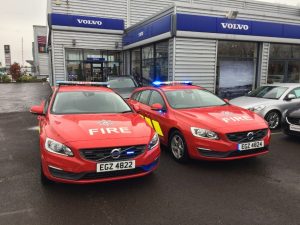 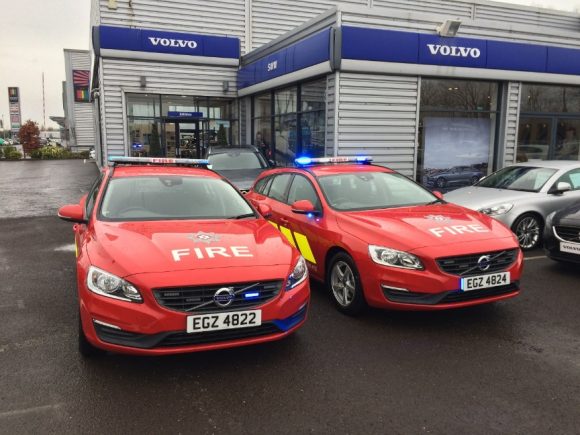 Following an extensive tender and evaluation, the new vehicles join an existing fleet of 21 Volvo V60s, each one bluelight converted and delivered to NIFRS livery specification.

Ian Reger, Volvo Car UK’s special vehicles manager, said: ‘We are delighted to have received a repeat order from the NIFRS. This new contract was awarded following an extensive tender exercise in competition with many other manufacturers.

‘The cars have been equipped with bluelight equipment by Volvo’s approved converter network which meet NIFRS requirements for response-capable cars.’

The V60 impressed the NIFRS on many criteria, including suitability for the role and competitive whole-life costs. Volvo worked closely with NIFRS to agree on the placement and design of the equipment to suit its requirements working to extremely tight deadlines.

Volvo recently unveiled its all-new V60, which will compete head-on with rivals from Audi, BMW and Mercedes-Benz when it arrives in the UK later this year.

MORE: BCA sells a million vehicles in a year for the first time