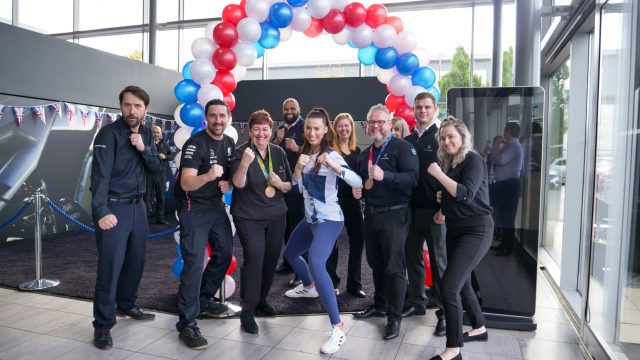 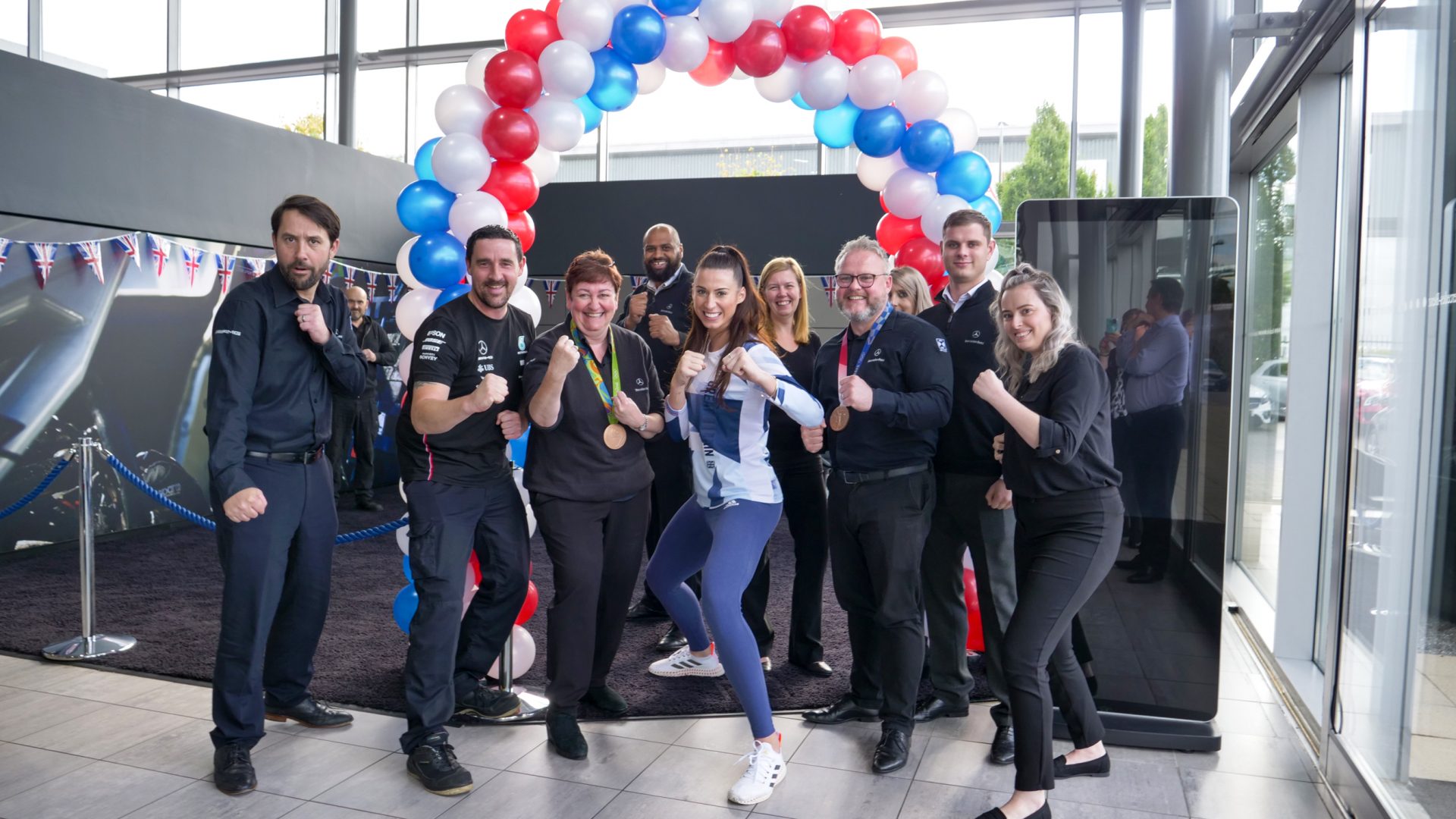 The triple world champion has been an ambassador for the Mercedes dealer group since March and recently took time out of her training schedule to meet staff.

The 30-year-old visited several dealerships across the north-west and Midlands, chatting to employees wherever she went.

The tour of six dealerships began at Mercedes-Benz of Tamworth, where Walkden posed for photographs with her Olympic medals.

Martyn Webb, managing director LSH Auto, said: ‘Bianca is a truly inspirational individual and the best in her field – an ideal motivator for our colleagues.

‘She’s also a lovely person, so it was an absolute pleasure to introduce her to our colleagues and customers. Her tour created a real buzz and put a spring in everybody’s step.’

The LSH team added a competitive element to the tour, using a virtual reality headset and a game designed to test reaction times.

The professional athlete laid down a target score of 71 points on the Rezzil VR machine for LSH Auto colleagues to try to beat.

The next day, in Whitefield, site maintenance technician Mason Mcaulay equaled Cartwright’s high score and will be joining him for the prize visit next month.

Walkden said: ‘I was really impressed with Harvey and Mason’s scores. They both have pretty quick reactions.

‘Maybe we’ll get them interested in taking up taekwondo after their visit!’

Webb added: ‘We would like to thank Bianca for taking the time to meet our colleagues and customers and for making the whole experience so enjoyable for everybody.

‘We look forward to continuing to support her as she trains for the next Olympic Games in Paris.’

Walkden represented Team GB at the Tokyo Olympics, where she won a bronze medal.

The victory complemented an impressive collection of medals and titles, including a bronze medal at the 2016 Olympics, three European Championship titles and three-times World Grand Prix Final champion in her division.