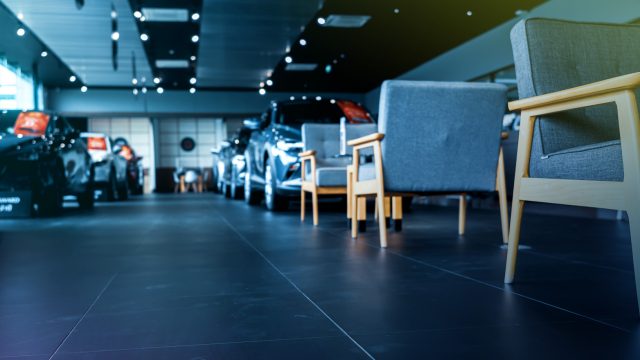 The wholesale vehicle market is showing its first signs of easing for several months but a return to normal figures will take months – if not longer.

That’s according Cox Automotive in its November Market Tracker report, with strategy and insight director Philip Nothard saying: ‘We need to remember that we are in a seasonally slow period.

‘However, although many retailers are increasingly cautious, they will require stock for the new year.’

He added: ‘Indications are that economic uncertainly and seasonal easing on demand will result in similar data for the next few months, as supply shortages and new vehicle constraints will remain in the short term.

‘There are reports of key volume buyers holding back, and dealers will need stock for the new year January demand, but there is no tsunami of stock on the horizon.

‘The increasing volumes of nearly-new vehicles above the original cost of new is a factor why the trajectory of trade price increases observed since April of this year has shown signs of levelling.’

Wholesale key indicators for October 2021 saw the average first-time conversion returned below the previous month’s 90 per cent to 88.2 per cent. But it was a year-on-year rise of 8.2 percentage points.

Similarly, the CAP Clean figure returned below 100 per cent to 99.7 per cent in October. 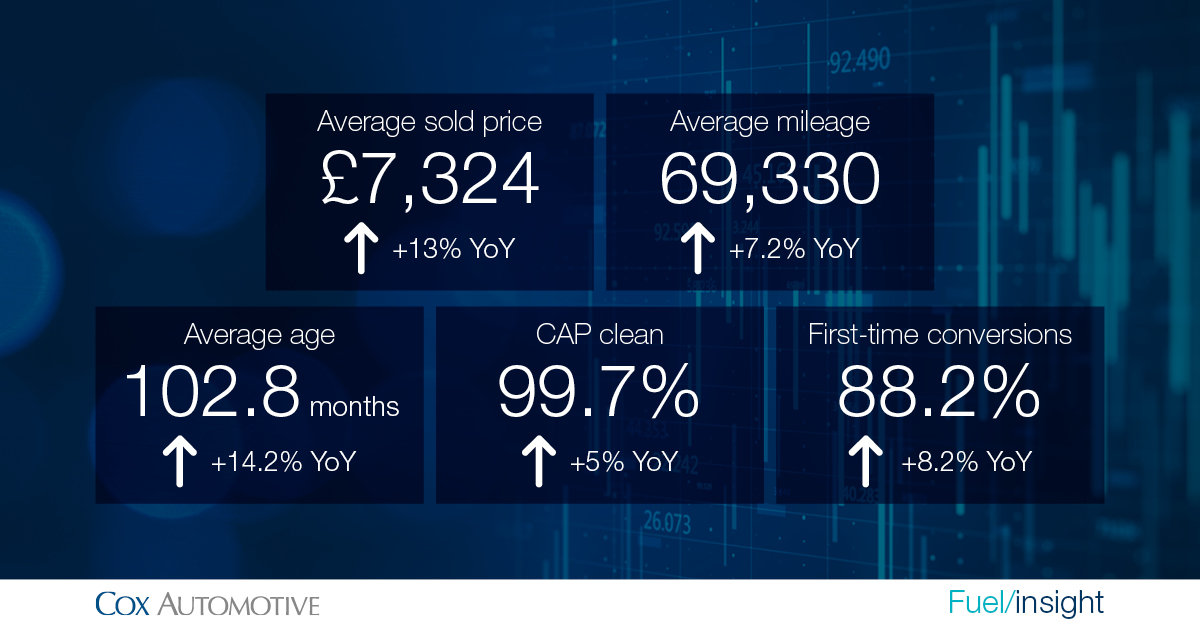 Used car values continued rising in October across Manheim’s auctions, with the average sold price going up by 13 per cent – or £841 month on month – to £7,324.

Nothard said: ‘New car market performance is extremely weak compared to the pre-Covid level over the past few months.

‘We are really starting to see the negative impacts of semiconductor and raw material shortages now.

‘This is one contributing factor, but we do know that demand is subdued and consumer confidence has worsened.

‘GfK’s primary purchases index fell to -10 in October from -6 in September – both below its long-run average of -1.

‘Supplies continue to be challenging for most manufacturers, but it is worse for some than others.

‘There are reports that some manufacturers have sold their total 2022 allocation, whilst others have built slots available for Q1/2 2022, depending on whether the consumer is willing to forgo specifications such as head-up displays and touchscreens.

‘Other items continue to be scarce due to semiconductor shortages.

Nothard added: ‘We are starting to see signs of EV market growth, which is handing a lifeline to the new car industry and very slowly beginning to alleviate pressures in the used vehicle market.

‘However, although there are signs of encouragement, we must remember that we continue to operate in exceptional circumstances and are by no means out of the woods yet.’