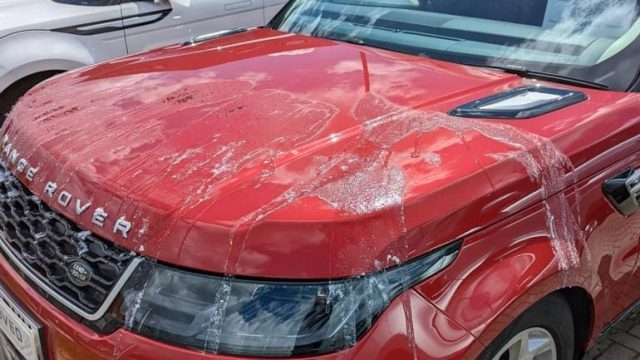 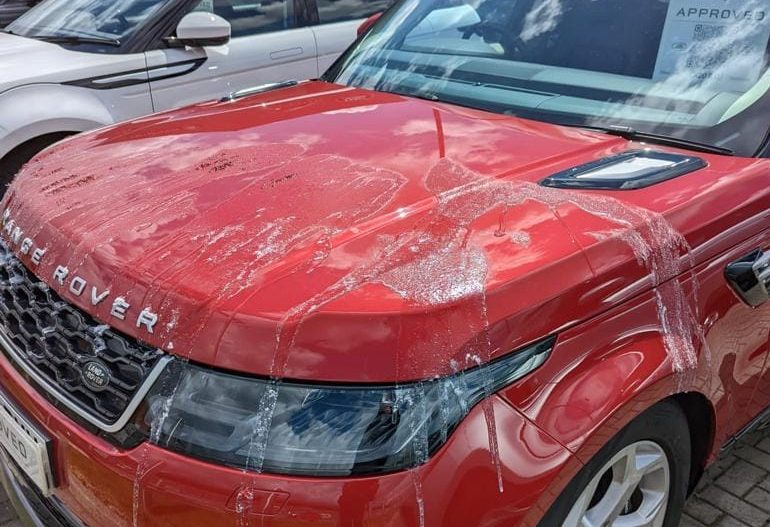 Land Rover Cardiff has faced further disruption this month after 12 vehicles were vandalised with paint stripper and bricks on Monday, May 23.

The incident took place at around 11.20pm, according to police, at the dealership operated by Stratstone on Hadfield Road in Leckwith, Cardiff.

A spokesperson for the police force told Wales Online: ‘South Wales Police is investigating criminal damage to 12 cars at a dealership on Hadfield Road.

‘Paint stripper and bricks were used to damage the cars, causing extensive damage at around 11.20pm on Monday, May 23. Enquiries are ongoing.’ 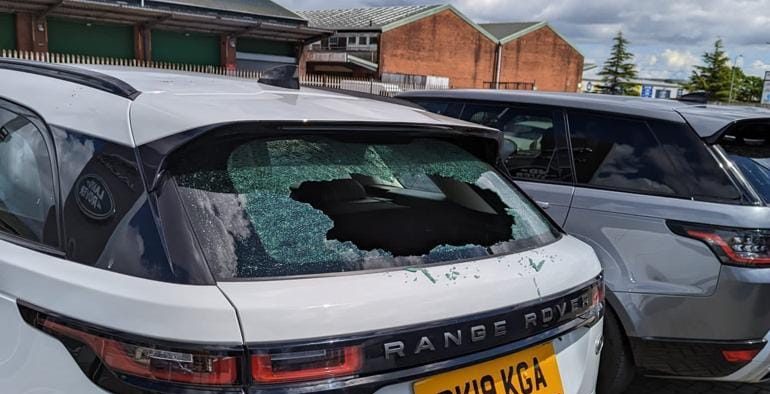 Photos of the incident show a variety of Range Rovers that have been doused in paint stripper or had their windows smashed with bricks. The cost of the damage is currently unknown.

Earlier this month, Land Rover Cardiff hit national headlines after an angry customer parked vehicles with slogans on outside the dealership.

Mike Cox claimed that Land Rover don’t honour their warranties – which was written on the vehicles – after he returned eight times to the dealership to fix a cooling system issue and didn’t believe he received the treatment he was entitled to. The story reached the BBC and other national titles.