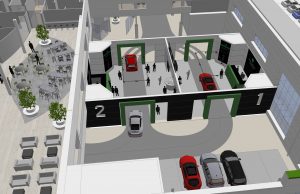 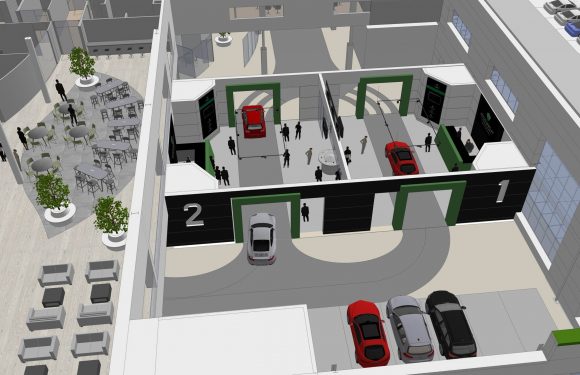 The 18-acre development will open its doors in Q4 this year. It will provide 70,000 square feet of space which Aston Barclay will transform into a new ‘northern powerhouse’.

Following in the footsteps of the company’s Midlands Mega Centre at Donington Park, which was opened in September 2017, the plans are to make Wakefield the most modern and technologically advanced auction facility anywhere in Europe.

It continues Aston Barclay’s focus on combining digital technology with a first-class physical auction experience, and confirms the group’s strategy of creating large regional auction hubs, rather than a network of smaller centres.

Its dynamic approach to bridging the gap between a digital and physical auction environment remains a unique proposition in the UK.

Banks of video screens throughout the Wakefield Mega Centre and a high-specification internal finish will mean it will resemble a dynamic retail environment.

The new site will feature two glass-fronted auction halls and will employ around 90 full- and part-time staff once it is fully operational in early 2019.

With the ultimate capacity to sell 50,000 used vehicles annually, Wakefield will contribute to Aston Barclay’s plan of doubling its sales volume to 160,000 vehicles by 2022. It will boast internal storage for over 200 cars internally in a fully lit, air conditioned, dust-free environment.

Aston Barclay’s current Leeds auction has outgrown its existing six-acre site following continued strong demand from vendors and buyers, and its 40 staff, and all existing customers, will be relocated to Wakefield.

Aston Barclay’s CEO, Neil Hodson, said: ‘There will be no other auction like Wakefield in the UK or Europe. It offers a five-star building with enough space to auction and store hundreds of cars all undercover. We are looking to introduce more technology into Wakefield and across the group during the summer.

‘This further supports our ambition of revolutionising the UK remarketing sector by combining the best features of a strong physical network with innovative technology and unique digital routes to market.’