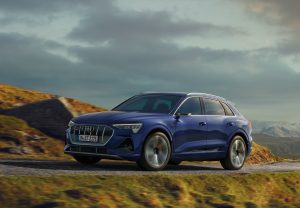 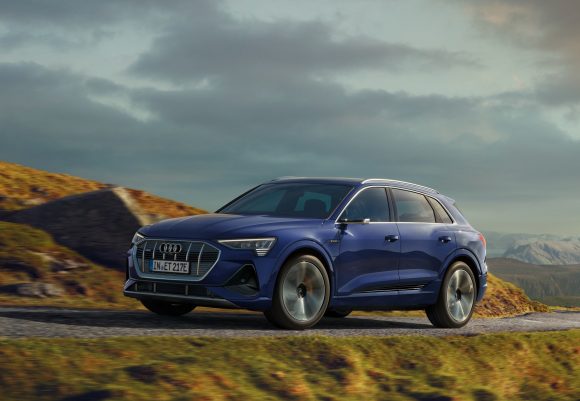 AUDI has announced minor hardware and software upgrades for its all-electric e-tron SUV.

The German car maker says the new measures will be applied to future models and will boost the range to 271 miles – an increase of 15 miles.

The improvements come from a variety of sources, with one of the key changes being an optimisation of the drive system, which sees the front motor disengaged when the driver doesn’t need full power and just the rear motor driving the wheels.

Elsewhere, there have been improvements to the regenerative braking system, which Audi says contributes to up to 30 per cent of the overall range. Drivers can choose between three levels of regeneration when they lift off the throttle, with the differences now more pronounced.

There have also been improvements to the cooling system and a new type of brake.

A new power output, called e-tron 50 quattro, will be introduced too, which will sit below the existing model in the range and be available on both the SUV and upcoming Sportback. It has a power output of 308bhp and 540Nm of torque, a 0-60mph time of 6.6 seconds plus a top speed of 118mph.

UK pricing hasn’t yet been revealed, but there will be no increase in the European cost of the existing 55 model, so expect that to be the same here. Meanwhile, the new 50 trim is about €11,000 euros cheaper, with a similar price drop in pounds sterling likely, giving the e-tron a new starting price closer to £60,000.