Home > Big Mike > Big Mike: A new source of stock that’s turning out to be quite lucrative 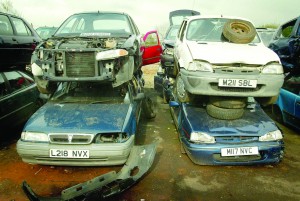 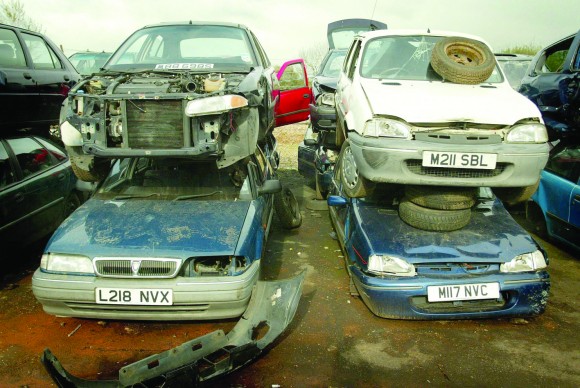 Big Mike: A new source of stock that’s turning out to be quite lucrative

I DON’T know about you, but I’m finding it harder and harder to find good stock.

By that, I don’t just mean cars that have been well cared for and properly maintained. I also mean cars that have any kind of margin attached to them at all. I think it’s because we’re heading back to the ways of our pre-recession throwaway society, where the enticement of affordable finance utterly outweighs the genuine value that people attach to things.

Cars, by and large, are people’s second biggest investment, coming second only to the house in which they live. While I wouldn’t think twice about investing stacks of cash into the latter (an Englishman’s home is, after all, his castle), throwing loads of cash at a car is actually a pointless extravagance. Rather than tie yourself into a finance deal that parasitically sucks a couple of hundred quid a month out of your bank account ad infinitum, you can spend a year’s repayments on a second-hand motor that, unless you’re really unlucky or lazy with its servicing, will do exactly the same job for a decent period of time before it wears out completely, and will save you a wad of cash into the bargain.

I am, of course, biased. As many of you know, I work in the largely sub-£5k end of the motor trade, where I have an interesting cross-spread of buyers. The desperate, who turn up with £500 they cobbled together from this month’s pay packet and a loan from a family member because they need wheels to get to work, to the genuinely comfortably off.

The side-effect of this return to a throwaway society is this: perfectly good cars are being thrown away. Thanks in no small part to the type of company that says it will buy cars, any of them, and I won’t name names, the public are led to believe that their older-model used cars have virtually no value attributed to them at all.

That, and the lack of a desire to spend £1,000 or so in garage bills repairing a car worth £2,500, when just £95 down and nothing to pay until the next academic year will get the haplessly misled behind the wheel of a South Asian box on wheels with a warranty as long as the finance agreement attached to it (see what they did there?).

In turn, it means that I have resorted to the most unlikely source to generate good stock, and it’s proving to be fairly lucrative, not only for me, but also for the guy that supplies the cars.

The man in question is Scrapyard Dave, so called because his name is Dave, and he works in a scrapyard. We’re original, us folk in the motor trade. Dave, for a long while, has had a thing going where he keeps back any popular models that come through the gates with good bodywork and reasonable chunks of service history.

More often than not, it’s some form of mechanical failure, deemed economically unviable when you factor in the garage labour, which has led the owner to dispose of the car and buy a replacement. Some of them even come in direct from main dealers as part-exchanges, as it’s cheaper and easier to scrap them than it is to deal with all the auction paperwork and associated fees when the low value of scrap means they’d only claw back a few quid anyway.

Dave, with my help, then finds out what the problem is, and using the gigantic pile of similar cars behind him that are awaiting their turn in the baler, he sources what’s needed to put them back together again. There’s the odd one that ends up being crushed as we can’t work out what’s wrong, but nine times out of ten, these automotive Lazaruses (Lazuri?) make their way onto my forecourt.

And we’re not talking old rubbish, here, either. With main dealer labour, a car can be scrapped when worth over £2,000, because with main dealer labour, the clutch, brakes or catalytic convertor required to repair it would push the bill north of its proposed value – especially when the ‘friendly’ car-buying service has already convinced the owner that their motor is worth bog-all.

As an example, last month I sold a 55-plate Volvo S60 that was binned off by its owner as the Volvo agent had decided four discs, four tyres, some brake pads and an air mass meter would set him back £2,400.

We bought new brake bits for it from a factor, found an identical car with similar alloys and four nearly new Hankooks on it in the yard, and also robbed the same vehicle of its air mass meter. Total outlay? £132 for the brake bits, £120 for the tyres, the air mass meter fell into the toolbox and the car itself owed us £150 by the time we’d convinced Dave’s boss not to do the end-of-life paperwork. We fitted the bits ourselves, and with a good valet, I flogged it for £2,395 – not a bad return on a £402 investment. When it comes to sourcing new stock, then, I think I’ve hit breaking point…

MORE: Autocar celebrates the best of the car industry at post-CDX awards do