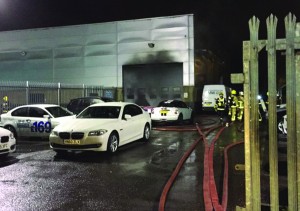 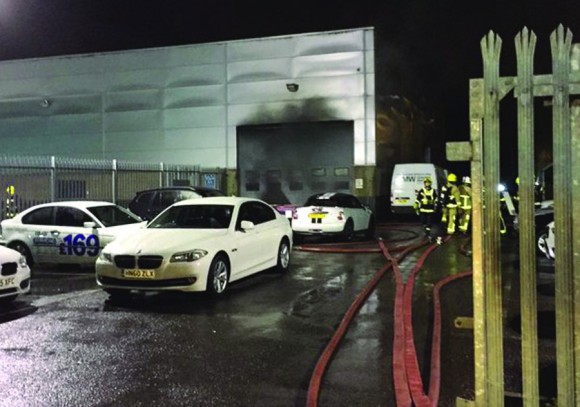 A WORKSHOP at a BMW franchised dealership was hit by a fire on New Year’s Day, with fire crews reportedly taking three hours to get the blaze under control.

Firefighters were called to Snows BMW on Eastern Road in Portsmouth at 10pm and found a vehicle on fire in the workshop, according to reports.

Though smoke had spread thoughout the large workshop and adjoining showroom, firefighters were able to prevent damage to the new car stock.

Southsea Fire Station crew manager Adam Moseley told The Portsmouth News: ‘The whole building, including the showroom, was smoke-logged as a result of the fire. The car that was on fire was completely destroyed.’

The cause of the fire is being investigated but is not thought to be suspicious.

Firefighters are pictured at the scene in our image supplied by Hampshire Fire & Rescue Service.

MORE: Motors.co.uk reveals most searched and sold cars across their network