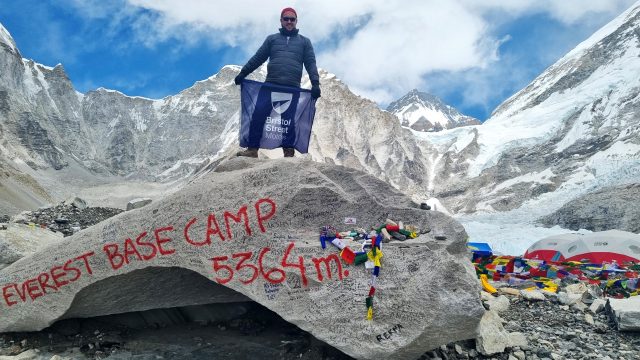 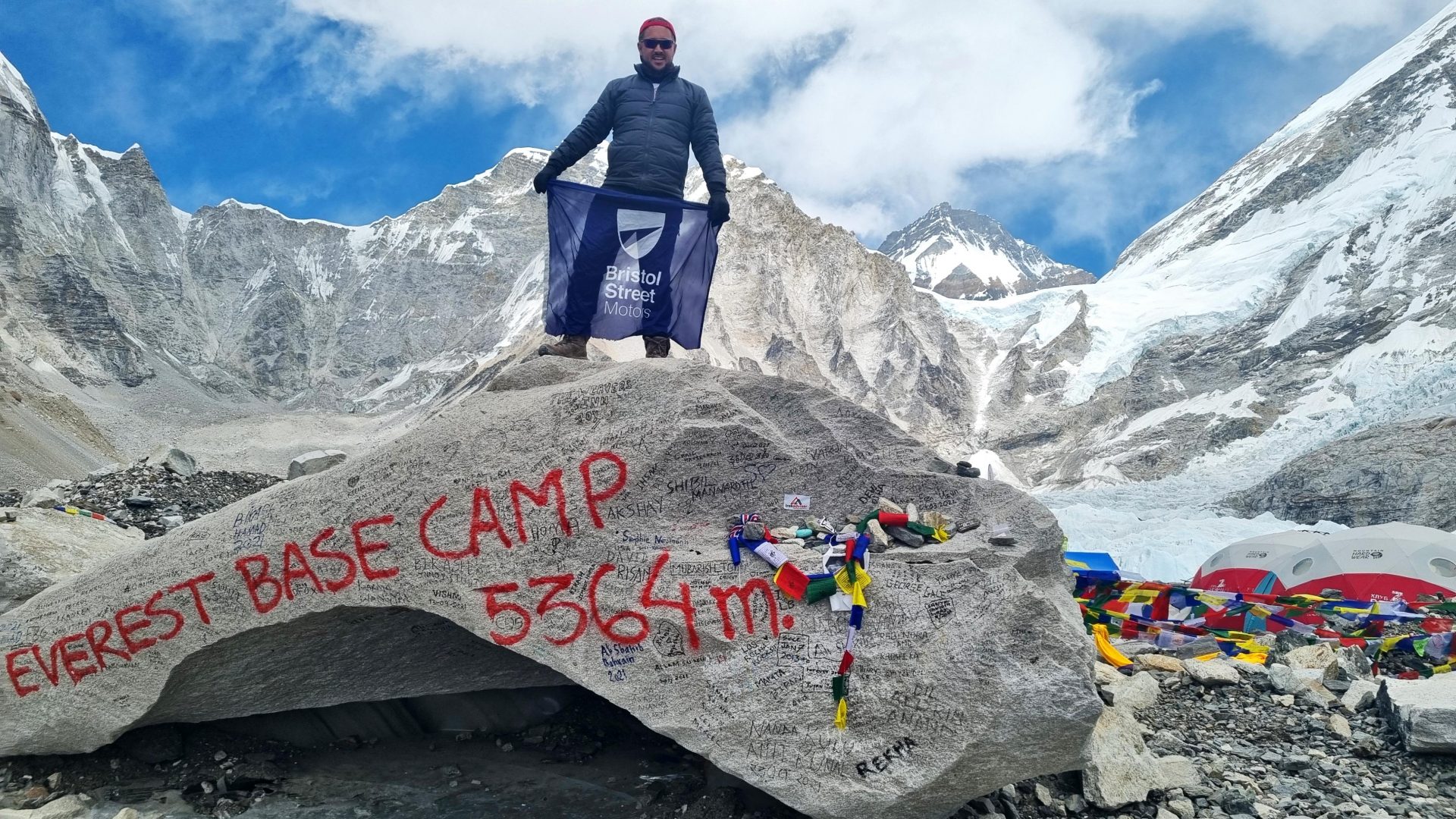 Bristol Street Motors sales executive raises £2,500 for charity with trek through the Himalayas

A Bristol Street Motors sales executive has raised close to £2,500 for charity after undergoing a gruelling trek through the Himalayas.

The 36-year-old began his journey in Nepal, flying between the cities of Kathmandu and Lukla on board a small plane.

From there he spent 12 days trekking through the Himalayan Mountains to Everest base camp, reaching an altitude of more than 18,000ft.

He was supported by Bristol Street Motors who gave him time off for the trip, which was delayed due to Covid.

His home dealership, located on Locomotive Way in Derby, also donated £150 to his fundraising efforts.

Sharland said: ‘It was the challenge and a trip of a lifetime. It was a hard and tough trek that really tested me both mentally and physically. But the feeling of elation and satisfaction on completing it was out of this world.

‘In addition, it was great to raise an amazing amount for such a fantastic cause.

‘I cannot thank people enough for their support and generosity, including the Bristol Street Motors SEAT dealership where I work.’

The salesman even took a Bristol Street Motors flag with him and left it tied up at base camp.

Robert Forrester, CEO of Bristol Street Motors, said: ‘What Joe has achieved is incredible on two levels – completing such a physically difficult journey and raising a commendable amount for a worthy charity.

‘He also is to be applauded for how much training, preparation and hard work he put into organising and being at peak fitness for this trip of a lifetime. Well done, Joe!’

‘I wanted to do something bigger’

The trek through the Himalayas was just the latest in a long line of charity challenges Sharland has taken on since 2011.

Before his most recent adventure, he raised a total of £8,000 for different charities. His challenges have included a skydive for Macmillan Cancer Support and running the London Marathon for Save the Rhino.

He also completed the Prudential Ride London, cycling 100 miles, and donating 15 inches of his hair – both in aid of Little Princess Trust

Sharland says he was inspired to go something bigger than ever before when dreaming up the Himalayan experience.

He said: ‘I have done several different challenges for charity. During lockdown I decided I wanted to do something bigger, so started planning the trip of a lifetime.

‘It turned out to be the amazing, but physically and mentally demanding, experience I thought it would be.’

He added: ‘Trekking through the Himalayas to Everest base camp was an incredible experience from start to finish.

‘Starting off relatively easy and progressively getting harder; the altitude and lack of oxygen made things difficult, especially 4500 metres above sea level. You cannot train for that feeling and it affects everyone slightly differently. Quite literally, I could get out of breath walking up one flight of stairs.

‘The sleep deprivation also adds to the challenges. I don’t sleep well at the best of times, but things are enhanced out there due to the cold and uncomfortable conditions.

‘The views though were nothing short of incredible. The magnitude of the Himalayas is tough to describe. Everywhere you look there are off-the-scale huge mountains.”

Children with Cancer UK raises and invests money for vital specialist research, with the aim of saving the life of every child with cancer and keeping their family together.