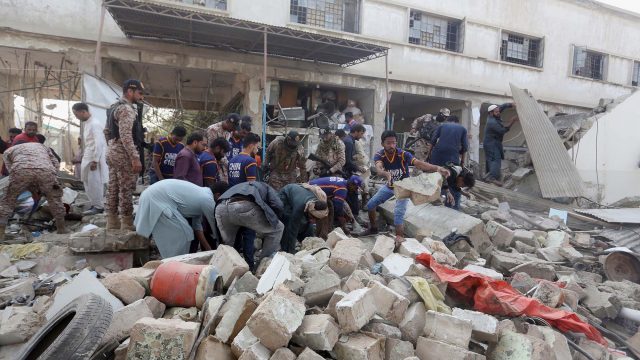 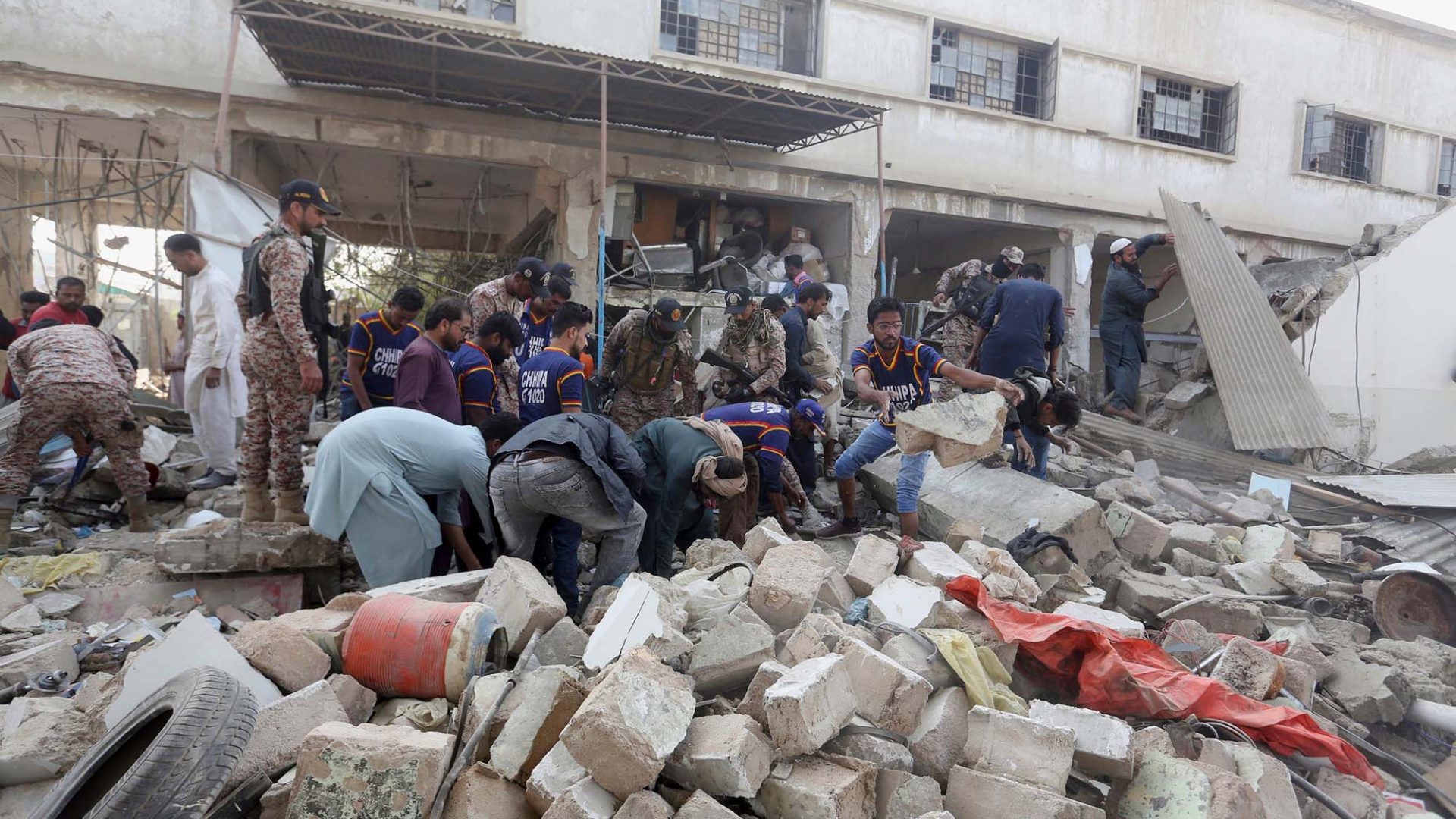 A rescue operation is under way after employees at three car showrooms were trapped when the floors caved in following a sewage gas explosion that killed the founder of one of the dealerships and its manager.

Dilawar Khan and the manager – referred to in reports as Rashid – were left dead by yesterday’s (Dec 18) tragedy, which happened beneath the HBL bank in Karachi and killed 15 people in total as well as injuring 11.

The powerful blast damaged several cars parked nearby and threw debris on to a petrol station on the other side of the building, which housed the private bank and the showrooms.

According to TV news outlet Samaa, the explosion caused the floors of the showrooms to collapse into an illegally covered drain.

A second, smaller blast happened a few hours later while rescue operations were taking place, but there were no further casualties. 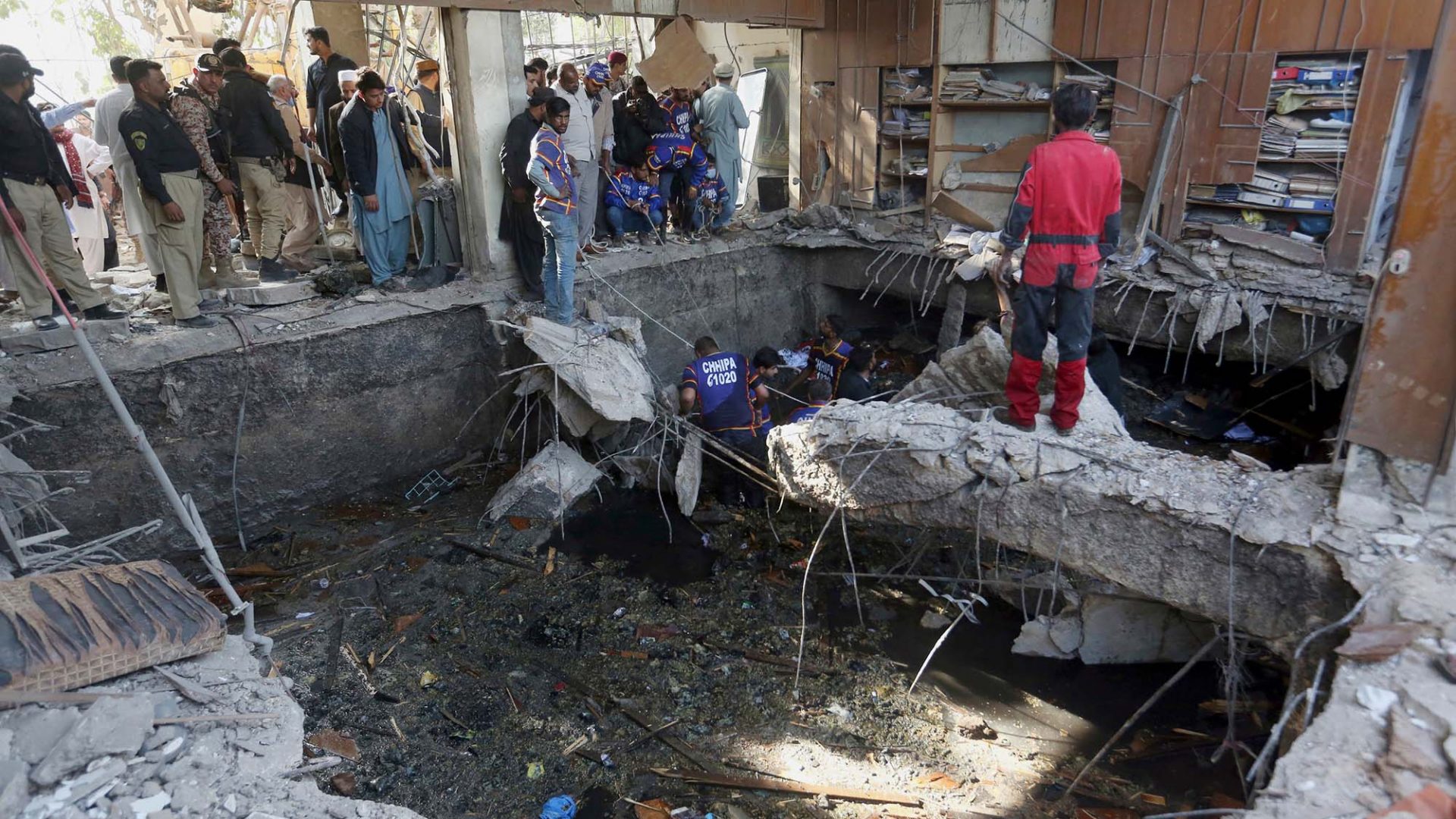 There are a number of car firms in the area, and Khan, who owned one of the three showrooms, was killed. Two of his staff – the showroom manager and a cook reported to be called Islam – were also said to be among the dead.

He was the father of Alamgir Khan – a Member of the National Assembly (MNA) who founded campaign group FixIt because of the authorities’ perceived inability to cover manholes in Karachi – and Pakistan’s prime minister, Imran Khan, referred to Dilawar Khan in a tweet of condolence:

My heartfelt prayers & condolences go to all the families of victims of the twin blasts at Sher Shah Paracha Chowk, Karachi. I am especially saddened to hear of the loss of our MNA Alamgir Khan’s father who also perished in the blast. May Allah give him strength to bear this loss

Staff from Karachi Water and Sewerage Board were reported to be attempting to pump water out from the showrooms.

Police spokesman Sohail Jokhio said the blasts were apparently caused when something ignited gas that had accumulated in the sewer beneath the building in the Sher Shah neighbourhood.

Senior police officer Sarafar Nawaz Shaikh said later that investigators weren’t ruling out the possibility that the explosion was the work of militants.