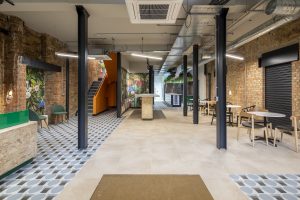 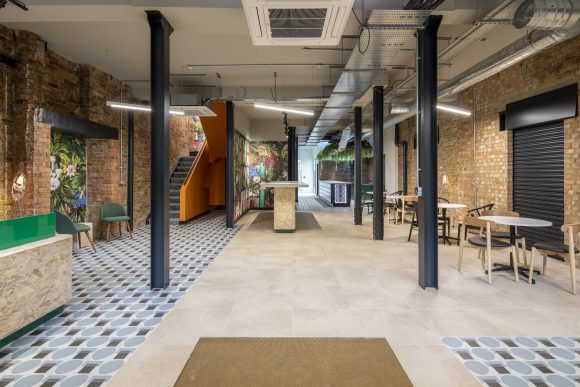 The Connolly Works, in Chalton Street, Euston, is being sub-let from The Boutique Workplace Company and, said Cazoo, will provide it with much-needed extra space as it continues to expand its team, which has already grown to more than 100 people in just six months.

Its new offices are the former home of Connolly Leather, which supplied most of the luxury leather for the British car industry, including Aston Martin, Rolls-Royce, Bentley, Jaguar, Daimler and Rover, as well as for global brands such as Ferrari and Maserati. 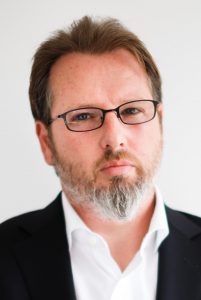 Cazoo, which is currently based nearby in Churchway, is looking to move in by the end of the year, following a refurbishment and fit-out.

The start-up says it aims to ‘transform the way people buy used cars’ by letting customers buy, finance or rent a used car online and have it delivered to their door in 48 hours. It was founded last year by Alex Chesterman, who also set up Zoopla and Lovefilm and has acquired more than £30m of funding for the venture.

He said: ‘We are excited to have found such a fantastic space that has such an interesting history with the UK automotive industry and is only a stone’s throw from our current offices.

‘The new building will give us room to grow, and we are looking forward to moving in later this year once we have added our identity and branding and made it our new home.’

Daniel Wheble, chief executive of The Boutique Workplace Company, said: ‘Our original plan was to subdivide the building into 30 separate office suites for multiple tenants. However, Alex and his team have a strong track record of building great businesses and fantastic workspaces and we’re delighted to be partnering with Cazoo instead and look forward to welcoming them as a long-term tenant.’

MORE: Cazoo named as one of UK’s top start-ups – before it’s even started!