Home > News > Sales amid the celebrations for thriving MG dealership 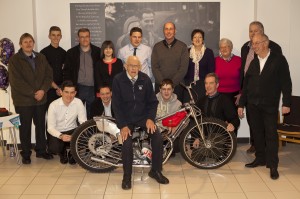 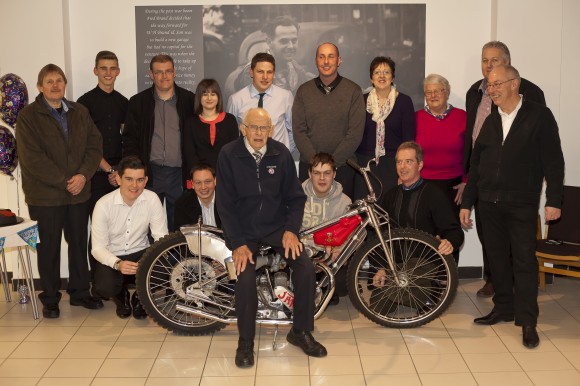 Sales amid the celebrations for thriving MG dealership

A FAMILY-run MG dealership in Lincolnshire threw a party for more than 250 guests at its premises in the village of Whaplode Drove, near Spalding.

The dealership, WH Brand, held the event to celebrate being named the top-performing MG dealer of 2014 as well as being the top-selling MG3 dealer. In addition, the company was marking 90 years in business.

The celebrations coincided with the 90th birthday of Fred Brand, the son of the firm’s founder, William Horace Brand. Fred showed off a classic 1949 speedway bike – he took up the sport to earn money to build a new garage for the business.

While customers tucked into a fish and chip supper on a London double-decker bus parked outside the showrooms, sales manager Adam Brand – great grandson of the firm’s founder – enjoyed a bit of business success.

He said: ‘I was chatting away to a customer I’ve known for years and before you knew it, I had an order for an MG6 Magnette.

‘Ten minutes later, someone ordered an MG3 and following the event, someone else rang up and ordered another MG3. I didn’t really sell the cars – they sold themselves! Taking on the MG franchise was the best business decision we have ever made.

‘We seem to have been celebrating for weeks on end, but we’re not complaining.’

During the celebrations, WH Brand’s customers and suppliers raised nearly £500 for the Lincs and Notts Air Ambulance.

WH Brand joined the MG dealer network in December 2013. In the last 12 months the number of MG dealers has almost doubled. There are currently 56 MG dealerships and 10 aftersales outlets across the country. More dealers will be appointed in the coming months.

MORE: Get a drink from the VW camper van

MORE: Monday at 8pm is peak time to search for a new car