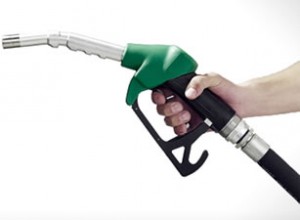 Chancellor urged not to increase fuel tax duty in Budget

CHANCELLOR George Osborne is said to be considering an increase in fuel tax duty at next week’s post-election emergency Budget.

We already pay a higher rate of tax on fuel than any other motorist in the European Union – 61 per cent of the cost of a litre of unleaded petrol consists of fuel duty and VAT. So for a litre of petrol costing £1.18, a total of 72p is tax.

The chief executive of the Freight Transport Association, David Wells, has called on Osborne to freeze or cut fuel duty, asking him not to renege on his promise to hold current levels until September.

The FTA, which represents 14,000 members in the logistics industry, says the move is vital to stimulate the economy.  He also wants the government to fund driver training and make road investment a priority.

He said: ‘The prime minister and the chancellor both continue to emphasise that the government’s primary objective is to protect the UK economy.  We believe that reducing fuel duty would make a huge contribution to this objective and we urge him to announce a cut in his Budget.’

FTA also wants the government to fund driver training to alleviate the driver shortage crisis in the freight industry and put more investment into roads.

Wells said: ‘Efficient and reliable infrastructure networks are essential for a growing economy and we want reassurance the Roads Investment Strategy will be protected. Highways England and local authorities also need enhanced budgets if they are to deliver much-needed maintenance programmes to the existing network.’

MORE: Dealers urged to spell out finance options on their websites

On superunleaded.com – Biker Survives Head-on With Truck, GoPro Captures Everything