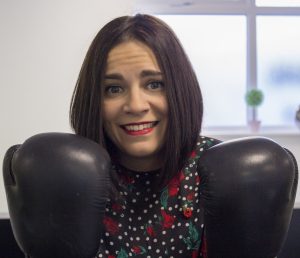 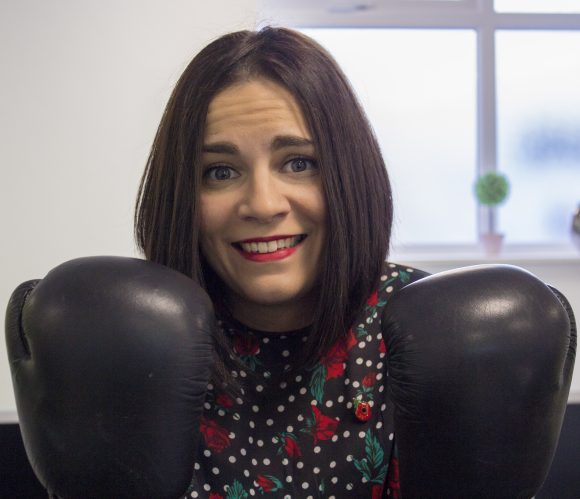 CLICK Dealer’s director and head of customer care is to take part in a charity boxing match in aid of the children’s wing of a hospital.

Pippa Rawlinson will fight in the white collar boxing match to raise money for Leighton Hospital’s Ward 17 – the building’s paediatric wing – next March as part of Click Dealer’s ongoing fundraising drive for the Crewe institution.

And it’ll be especially poignant for her, because in March this year her one-year-old son Jude fought off meningitis at the ward.

The bout is taking place at Stoke City’s Bet365 stadium on March 24. Rawlinson doesn’t yet know who her opponent will be, although it will be someone of a similar weight, ability, fitness and age. The two boxers will meet each other for the first time one week before the event for the face-off.

She has started getting in shape for the match with help from ex-army serviceman husband Lee, who is head of sales at Click Dealer, as well as a personal trainer.

Rawlinson said: ‘I am absolutely terrified! Everyone is saying I must be mad to do this, but it’s for such an amazing cause, which is really close to my heart, so it’s definitely worth the pain!

‘If I can show even 10 per cent of the fight that Jude showed when he was poorly, I know I’ll be just fine in that ring. I’m training hard and am determined to give it my best shot in front of my family, friends and fellow Clickers!

‘The main thing is that we raise plenty of money for the ward so that they can continue their amazing work and help other children in the same way that they helped Jude.’

Rawlinson can be sponsored via her JustGiving page.