Home > News > So the customer is always right? Think again…

So the customer is always right? Think again… 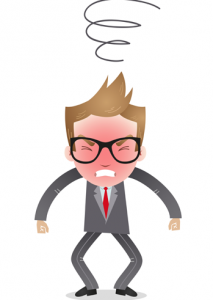 REMEMBER the days when customers were always right?

Seems that’s no longer the case, as UK companies are starting to get tough with customers who have the temerity to complain, according to new research by alldayPA.

The survey, which questioned 1,000 members of the public, found that most (76 per cent) had been frustrated with businesses refusing to apologise when things had gone wrong with a product or service.

Just under half (47 per cent) had an even worse experience by being told that problems were their fault when they tried to make what they considered to be legitimate complaints.

Holiday companies were found to be worst at dealing with customer complaints, with 31 per cent of respondents saying they had experienced operators refusing to apologise, accept responsibility or help with problems.

These were closely followed by utility providers (such as power, telecoms and water companies) – with 26 per cent of respondents reporting problems – banks (21 per cent) and delivery companies (20 per cent).

The telephone is still the preferred method to make a complaint, favoured by 70 per cent of people surveyed, and bad telephone experiences often add to the frustrations of complaining customers.

A total of 68 per cent of people had experienced problems with rude and unhelpful call handlers while 55 per cent said they had been frustrated with automated call menus when all they wanted to do was reach someone to speak with.

Sue Ratcliffe, spokesperson at alldayPA, said: ‘Understandably companies don’t want to accept blame for something that isn’t their fault, but it’s important to strike the right balance so that customers feel you are listening and doing your best to help them.

‘Key to this is training staff on how to deal with complaints, especially when customers are angry and needing to let off steam. With many companies using websites and automated call menus to deal with many customer interactions, it seems the art of listening to complaints may be under threat.’

Ratcliffe has the following advice for companies looking to improve how they handle complaints:

Regardless of who is at fault – the company or its customer – an acknowledgement of a bad experience should always be made.

This doesn’t mean that you’re accepting fault, but rather you’re acknowledging your customer is unhappy.

Listen to what the customer has to say, with as few interruptions as possible. If it is necessary to get clarification while the customer is speaking, explain to them that you’re just trying to ensure you have all the facts and that you’re not trying to prevent them from making their point.

Focus on the positive

What you can do, rather than what you can’t. Telling someone ‘that’s not my job’ will only frustrate an upset a customer further.

Five don’ts when dealing with a complaint:

Five do’s when dealing with a complaint:

On superunleaded.com – Lamborghini Loses Fight With Fire, Charred To Death