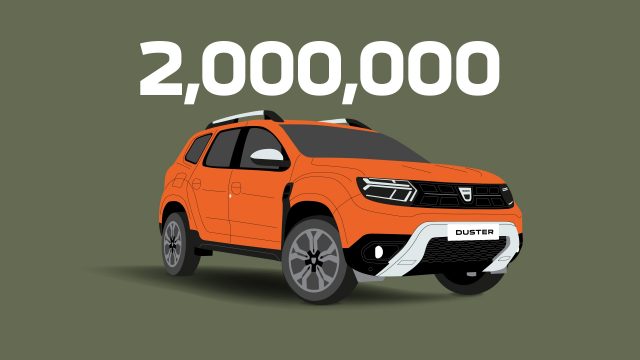 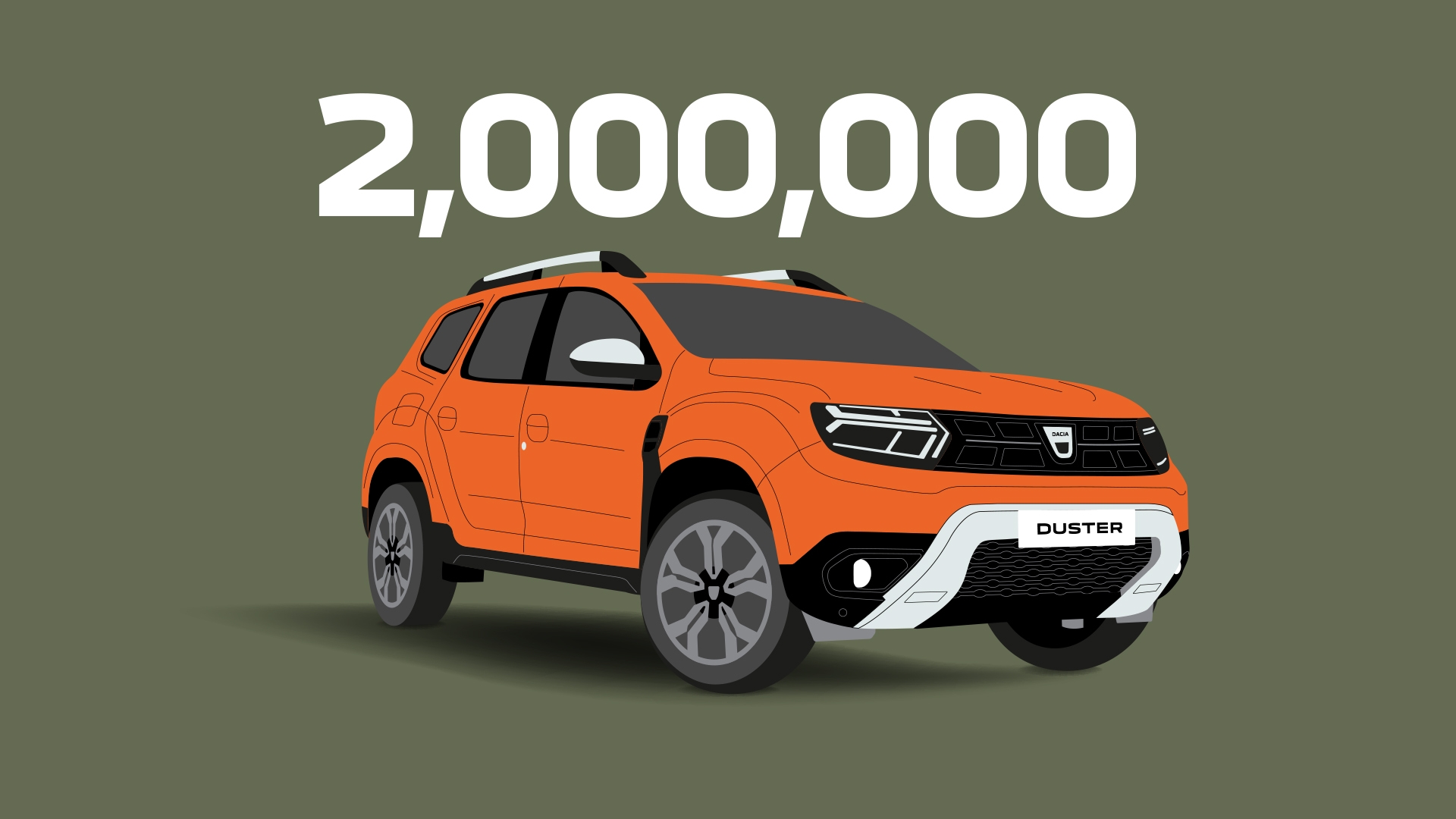 Since it launched in 2010, the Dacia Duster has been one of the UK’s most popular cars but it’s not just on these shores that the crossover SUV has been a roaring success.

Fresh figures from the Renault-owned brand show that global sales have now topped two million across a whopping 60 countries.

The number equates to one Duster off the production line every 63 seconds and 1,000 cars a day leaving the factory, says Dacia.

It is also predicted that if all two million were lined up in a row, the queue would be be the length of a round trip from Helsinki to Ankara and 380 times the height of Mount Everest.

The cars could also cover the area of more than 2,100 football pitches.

Dacia has put the success of the Duster down to the model’s ‘trailblazing spirit’ and ‘versatility’.

A spokesman for the firm added: ‘Reaching two million Dacia Duster units sold worldwide comes at an exciting time as Dacia has recently enhanced and updated its Duster SUV model.

‘This latest version features refreshed design elements, up-to-date features and technology all while continuing to offer the same robustness, comfort, and value-for-money which it is famed for.

‘The Duster has been the number one car for retail sales in its class in Europe’s SUV market since 2019.’