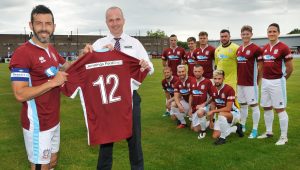 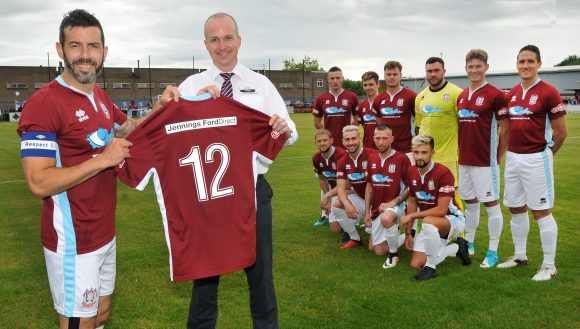 Dealer steps in to support football club for second season

It’s the second consecutive year that Jennings Motor Group’s Ford Direct site in Newcastle Road, South Shields, has supported the Mariners Park-based club, after presenting it with a new first-team kit for the 2017/2018 season.

And the strips have already been bringing good luck to the team, who scooped the FA Vase Cup last year at Wembley Stadium and are currently top of the Senior Evo-Stik League North Table.

‘After the fantastic achievement at Wembley last year, energy and enthusiasm is still running high among team players at the club, and the strips have certainly added to this, with progress and development becoming even stronger.’

Both the club and the group share a long, established history in the north-east of England. The club – in several different forms – has history dating back to 1888 and spent time in the Football League between 1919 and 1930. Meanwhile, in 1917 Jennings became one of the first dealers in the UK to be appointed by Ford Motor Company to sell its cars.

David Walker, general sales manager at Jennings Ford Direct, said: ‘We were delighted to hear about the club winning the silverware at Wembley last season. It was fantastic news not only for the club but also for the entire north-east.

‘Once again, it’s a pleasure to be able to support them with another set of strips – let’s hope they bring some more silverware to South Shields.’

On SuperUnleaded.com: Ford dresses man up as seat to see reactions to autonomous cars