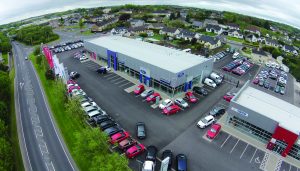 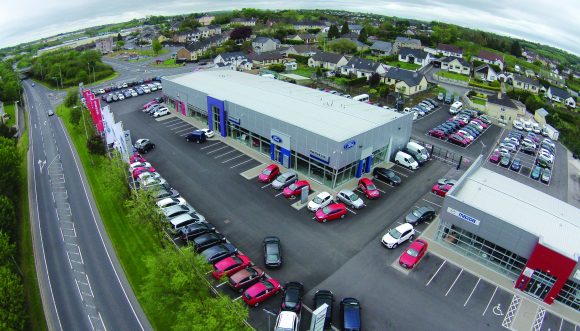 A DEALERSHIP group in Northern Ireland has paid tribute to one of its master technicians after he was killed when a car that he was working on at his grandmother’s home fell on him.

Father-of-one Richard Harron, who was an employee of Pat Kirk Ltd and a graduate of the Nissan Advanced Apprenticeship Programme, had been busy with the vehicle in Sion Mills, County Tyrone, on November 13 when the tragic accident happened, and although it is unclear exactly whose car was involved, it is known that it wasn’t his grandmother’s vehicle.

He was discovered under the car by his father George, who alerted paramedics, but the 26-year-old died despite their intensive efforts.

Harron’s funeral was held last Friday and the group’s Omagh branch, pictured above, where he worked, closed for the day out of respect.

In a statement, the company said: ‘It is with deepest regret Pat Kirk Ltd has just lost a much-loved and esteemed member of staff, namely Richard Harron.

‘Richard joined the company over seven years ago as an apprentice mechanic and very quickly progressed to becoming a master technician within a relatively short period of time.

‘This was not only testimony to his great work ethic, but also from a very early stage he showed a natural aptitude and flair for the role way beyond his tender years. It would be remiss of us not to acknowledge what a special person Richard was. He was somebody who was quiet and unassuming but to those who knew him had a great sense of humour which he displayed with his dry wit.

‘He was loyal, a person of great integrity, somebody who was extremely approachable and would help anybody without seeking any kudos for doing so. Richard as an integral part of our company will be a major loss and the nature of his death has left a void and a numbness to all of our employees.’

In addition, managing director Peter McDermott told Car Dealer Magazine: ‘Richard was very highly regarded in the business and was a very understated guy – he would just bundle his certificates away in a drawer. He was as happy to work on a tractor as he was on a Nissan Leaf.’

Only the day before the tragedy, Harron, who lived in Newtownstewart, had taken part in the Remembrance Sunday parade as a member of the Cowan Memorial Flute Band after tending the grave of his uncle Tommy, who was one of four UDR soldiers murdered by the IRA in a bomb explosion in 1983.

He and his partner Lindsey Johnston had a baby daughter Emma, and the Belfast Telegraph reported his former Sunday School teacher Ronnie Patton as saying: ‘It was getting near bedtime and his granny had called her son, Richard’s dad, to tell him that it was late as she saw the lights still on in the garage. His dad went up to the garage and found him under the car. They called the paramedics, they worked on him, but unfortunately he died.

‘I’ve known Richard his entire life. I would have seen him grow up. Just earlier this year, he and his partner baptised their little baby Emma at the church. It is just an awful time. I am heartbroken. It is a shock to the community here in Sion.’

A spokeswoman for the Northern Ireland Coroners Service told Car Dealer Magazine the coroner was waiting for receipt of the post-mortem report before making a decision on an inquest. The report is expected in February 2018.

On SuperUnleaded.com: Lamborghini’s latest concept is the electric car of the future