Demand and supply of electric vehicles is ‘very strong’, but UK isn’t on course to meet 2030 ban

Consumer interest in buying an electric car is at ‘very strong’ levels, says Auto Trader, but it is warning that the number of buyers actually taking the plunge to go electric is still low and the government needs to do more to encourage them to make the switch.

Speaking exclusively to Car Dealer today (Sept 9) on World EV Day, the new and used car platform believes that despite growing interest from consumers to purchase an electric vehicle, the UK isn’t on track to meet its own self-imposed 2030 ban for the sale of new petrol and diesel cars.

It comes in the same week as data from the Society of Motor Manufacturers and Traders (SMMT) showed a surge in the take-up of alternatively fuelled vehicles.

Registrations of new pure-electric cars were up by 32.2 per cent in August, while hybrids rose by 45.7 per cent and plug-in hybrids were up a whopping 72 per cent.

‘On Auto Trader, we’re definitely seeing very similar trends. We’re seeing that one in seven of new car advert views on Auto Trader are for a pure-electric vehicle – that’s up from around 3.8 per cent, or one in 25 advert views, this time last year,’ said the firm’s commercial director, Ian Plummer, on Car Dealer Live.

In the video interview, which you can watch at the top of this post,, Auto Trader said that despite consideration levels rising, intention levels to buy a new electric vehicle were still low.

‘Three in four new car buyers have low intent,’ Plummer said. ‘So, in other words, in a basket of 10 to 15 cars, EVs won’t be representing a large chunk of the cars buyers are interested in most.

‘Having said that, those that are engaged do have strong intent, and dealers are really recognising that in their lead volumes.’

Plummer went on to say that the situation was similar when it came to used cars.

‘Demand in the used market is being boosted by what’s happening in new cars, but nothing like at the same level, and probably being held back by supply.

‘So, in terms of users considering a used EV, that’s around 6.3 per cent right now and it’s rising – it’s up from around 5.8 per cent in May and around five per cent in January.

‘Used EVs only account for around 1.5 per cent of used car advert views. Again, it sounds like a very low number – it is – but also it’s doubled from 0.8 per cent a year prior.’

Speed of sale of a used EV is a different matter, however. 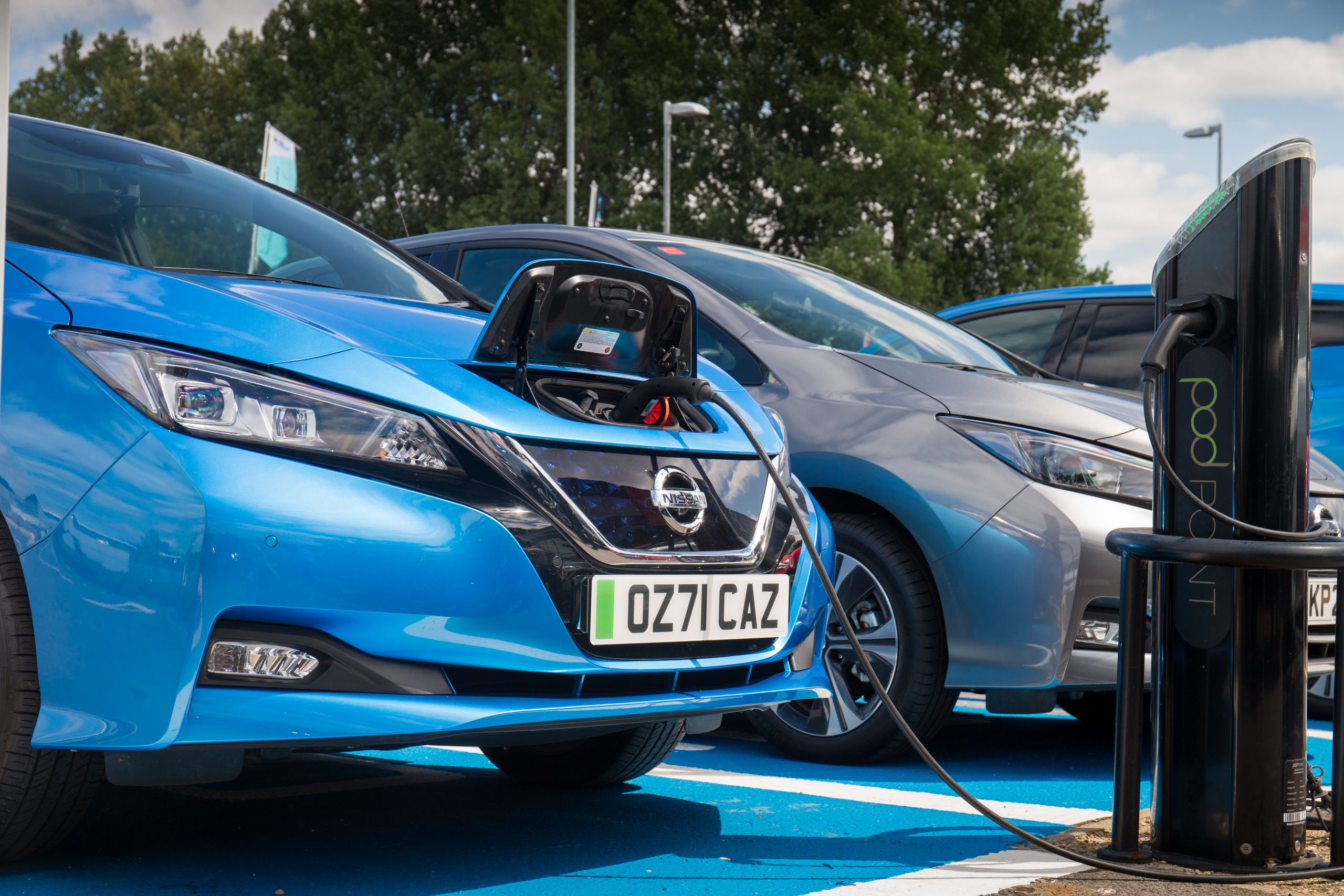 There’s still too much of a price disparity between new ICEs and EVs, believes Auto Trader

Plummer explained that while the amount of time a used EV sits on a dealer’s forecourt is longer than an ICE vehicle – 36 days rather than 26 for a petrol or a diesel – that 36-day figure has come down dramatically since the end of April, when it was 58 days.

However, while there is growing consumer demand and supply of EVs, it’s quite some way off Auto Trader’s targets – figures that are essential to meet on the road to 2030, said Plummer.

‘To get from where we are today to where we think we need to be next year – roughly 17 per cent – we would probably need to double the 8.4 per cent we’re currently at year to date – that’s a heck of a leap forwards.

‘And then we need to double again in the following two years to get to 34 per cent by 2024, and then roughly doubling every two years after that. That’s a consistently challenging number to continue growing by.’

He added: ‘Are we on track? Well, no, the data says not quite. We believe there are three ‘I’s that are required: further incentives, investment and information to overcome the key barriers to entry for the majority of electric vehicle car buyers.’

Incentives are the biggest barrier to EV ownership, he went on to say, revealing that there was a ‘mismatch’ between the cars available above and below the £35,000 threshold for the government’s plug-in car grant.

‘Just two per cent of the new electric vehicle stock on Auto Trader is under £25,000, whereas half of new ICE stock is in that price bracket,’ he explained.

‘Around a third of ad views for electric vehicles are sub-£35,000 and two-thirds the other way around.

‘So, the vehicles aren’t quite there for people to look at in those lower price brackets, but equally, the people looking for these cars are generally wealthier and able to afford them.’

‘The chunky costs of the electric powertrain is really what makes it difficult to absorb that difference for volume players in the smaller car categories. That gap of 75 per cent shrinks to around 25 per cent for the average volume SUV, and around 19 per cent for a premium SUV.

‘We really need to do more to bridge those price gaps, and that’s where incentives come into play.’

Also covered in the interview: