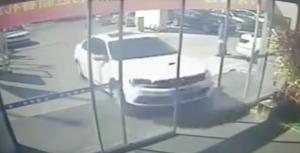 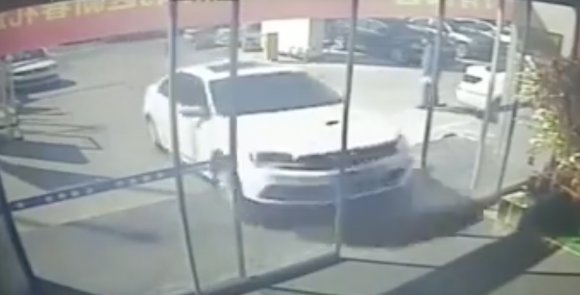 A CUSTOMER was caught on camera driving his vehicle through a showroom window after a dispute with a salesman.

A number of vehicles were damaged in the incident, which took place in Beijing, and employees can be seen leaping for cover as the car charged through the dealership’s glass entrance.

The driver, known only as Mr Bai, then manoeuvred his way around the showroom, appearing to try to leave it via the smashed doors as the employees clung to the vehicle.

He is reported to have been unhappy with the car he bought from the dealership last year and took legal action against the company, according to the Mirror.

Bai told reporters he called the dealership to warn them he was coming and didn’t intend to hurt anyone.

However, the salesman is reported to have said the attack ‘came without warning’ and the staff were ‘totally unprepared’.

No-one was injured and police are investigating the incident.

MORE: Prestigious Autocrat Awards to be held at CDX16