Home > News > Elon Musk and Herbert Diess go for a drive in a VW ID.3 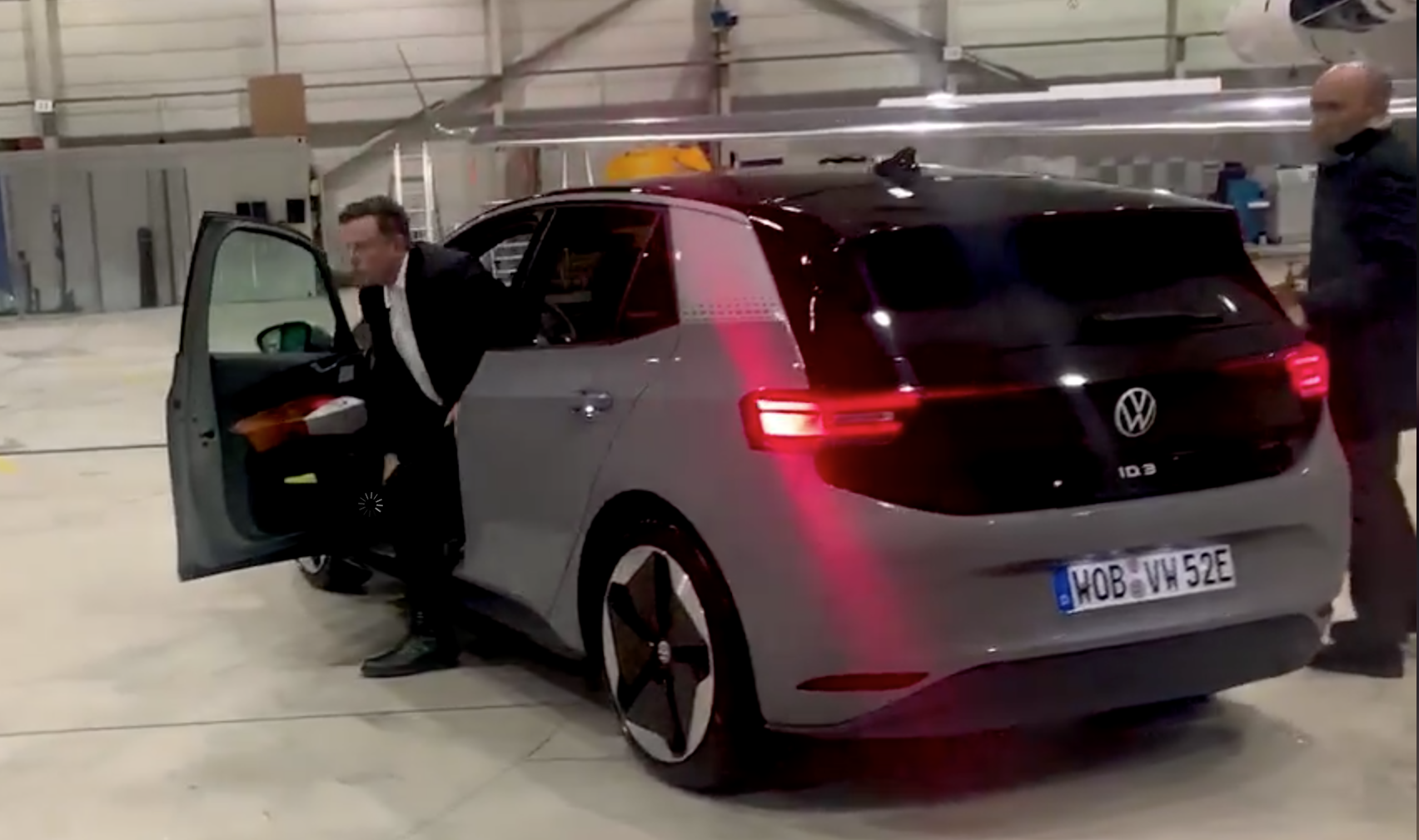 Elon Musk and Herbert Diess go for a drive in a VW ID.3

Elon Musk and Herbert Diess have been filmed taking a drive together in the new ID.3.

The bosses of Tesla and VW Group jumped in the Wolfsburg-based firm’s new electric vehicle, which is set to be a big rival for the Tesla Model 3.

Musk was in Germany to inspect construction of his company’s new Gigafactory near Berlin and took a detour to Braunschweig-Wolfsburg Airport to meet Diess.

The pair jumped in an ID.3 with the Tesla boss behind the wheel and headed out on to the runway in good spirits, with Diess saying to Musk: ‘You know this is a mainstream car, not a race machine?’

Laughing, the South African entrepreneur replied: ‘Yeah, I just wanted to see what the acceleration is like.’

He seemed genuinely interested in the new VW, asking Diess about battery sizes and safety systems, as well as noting that the steering is ‘pretty good for a non-sporty car’.

Posting the video on LinkedIn, the VW CEO wrote: ‘Thanks for the visit, Elon! Hope you like the video. It was great driving the ID.3 with you!

‘You were just quite critical with the available torque at higher speed. I told you: “Yes, we are on the runway – but no need for take off – it’s not a sports car.” For this you should try our Porsche Taycan.’

Deliveries of the Volkswagen ID.3 are scheduled to begin this month, following a difficult start for the new model, which has seen production hit by software issues in the car.

Elon Musk is pictured at top climbing out of the VW ID.3