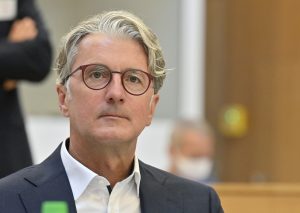 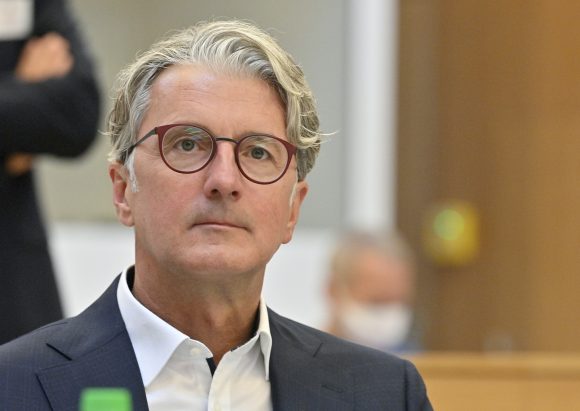 Ex-Audi chief Rupert Stadler has gone on trial in Munich over charges connected to the company’s cheating on diesel car emissions tests.

He was joined by three others today (Sep 30) for the start of the first criminal trial in Germany over the scandal that broke five years ago and has cost the VW Group more than 32bn euros (circa £27bn) in fines and settlements.

All four are charged with fraud, false certification and criminal false advertising in a trial that will comprise 176 sessions and is set to go on until December 20, 2022.

The dpa news agency said Stadler, pictured, didn’t make a statement when he arrived at court, where attendance limits and social distancing are in place because of coronavirus.

The US Environmental Protection Agency issued a notice of violation in September 2015, saying that VW rigged thousands of cars to detect when the cars were on emissions test stands.

The software turned emissions controls up so the vehicles could pass the test, then turned them off when the cars were out on the road.

Former development executive Wolfgang Hatz and two other engineers are accused of developing 3.0-litre diesel engines for Audi, Volkswagen and Porsche that used the illegal software.

Stadler isn’t charged with involvement in developing the engines. He is, however, accused of allowing the vehicles to be sold despite knowing about the deception at the latest in September 2015.

The opening session was being taken up by the prosecution reading the 90-page indictment.

If the four defendants are found guilty, they face a minimum of six months and a maximum of 10 years in jail.

Winterkorn has also been charged by US authorities but can’t be extradited.

Ex-Volkswagen executive Oliver Schmidt and former VW engineer James Liang went to jail in the US in 2017.