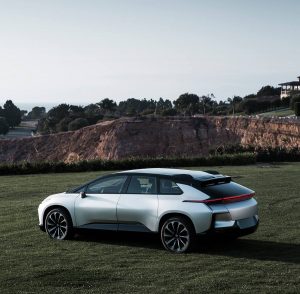 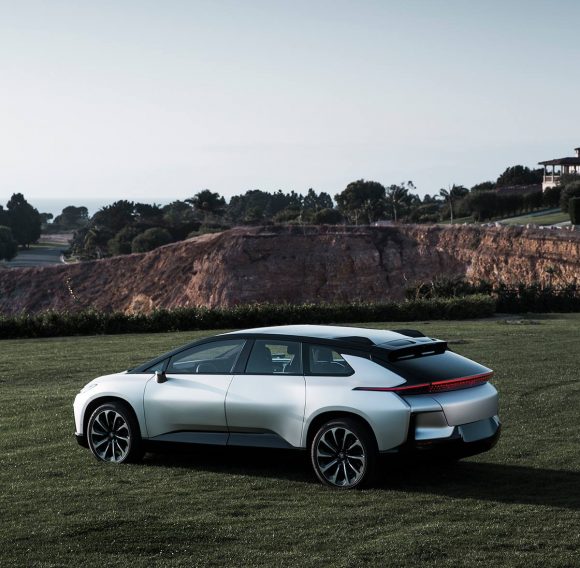 FALTERING electric car start-up firm Faraday Future has hit another roadblock after one of its three co-founders resigned, claiming the company won’t turn a profit.

Nick Sampson’s resignation comes just a week after the business, which was established in 2014, announced hefty pay cuts, job losses and the shutdown of some operations. The financial problems have been caused by a battle with its primary backer, the Guangzhou-based Evergrande Health Industry Group, over an investment of $2 billion (circa £1.57bn).

Evergrande’s cash injection was being supplied in stages, and Faraday had spent the first $800 million (circa £626.3m) by July. A request for an advance on the remaining amount was denied when the case was brought to arbitration in Hong Kong, although the firm, which has its HQ in Los Angeles, was allowed to seek new investment with Evergrande’s approval.

Several suppliers will remain unpaid until funding is received, and staff wages have been cut. Full-time staff who have been with the company since before May 1 will be allowed to remain at a reduced salary of $50,000 (circa £39,100), while hourly workers who have been there for longer than six months will be offered the minimum wage. All other employees have been told to take unpaid leave, while chief executive Jia Yueting will draw a symbolic salary of $1 a year.

In his resignation letter, Sampson wrote: ‘The company is effectively insolvent in both its financial and personnel assets, it will at best will [sic] limp along for the foreseeable future.

‘I feel that my role in Faraday Future is no long [sic] a path that I can follow, so I will leave the company, effective immediately.’

He is the second of Faraday’s three co-founders to leave the company, after vice-president of design Richard Kim resigned in December 2017. Jia is now the only remaining founder.

Sampson wrote of his concern at the layoffs and pay cuts, saying: ‘I cannot continue knowing the devestating [sic] impact we are having on the lives of our employees, their families and loved ones as we [sic] as the ripple effect this will have on lives throughout our suppliers and the industry as a whole.’

The door could be open for him to go back, though, with Sampson adding: ‘If circumstances should materially change, I certainly would consider returning to the company.’