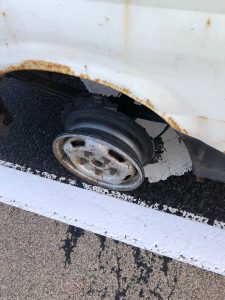 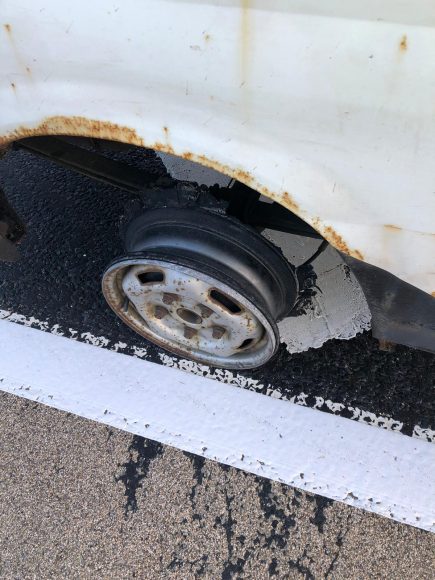 Age should decide who gets Covid jab next

Age should be the dominant factor in deciding the next phase of the coronavirus vaccine rollout, the head of the Joint Committee on Vaccination and Immunisation has said.

Meanwhile, the Daily Mail said that the government is set to recommend the next phase of vaccines continues on the basis of age. The JCVI has not yet published plans on who should be vaccinated beyond the top nine groups, but has faced calls for police officers and teachers to be prioritised.

Wales’ lockdown rules will remain in place for at least another three weeks to allow a safe return to school for the country’s youngest pupils from Monday, the Welsh government has said.

Foundation phase children aged between three and seven will resume face-to-face learning from next week, having been prioritised due to being least likely to transmit coronavirus and having greater difficulties with remote learning.

There will also be returns for some vocational learners, including apprentices, to colleges in order to access training or workplace environments for their practical qualifications. Today, First Minister Mark Drakeford will announce there will be no further significant changes to the country’s lockdown as stay-at-home rules are extended once again.

A motorist has been charged with dangerous driving after a vehicle was spotted travelling with no tyre on one wheel on a trunk road in Scotland.

Police posted a picture of the bare metal wheel on social media and said the vehicle has been banned from being used on the road.

Officers stopped the motorist on the A9 near Perth on Wednesday.

Supreme Court set to decide whether Uber drivers are workers

Supreme Court justices are set to decide whether Uber drivers should be classed as workers.

Seven justices considered the latest round of a long-running fight between Uber operating companies and drivers at a virtual Supreme Court hearing in July.

They are due to deliver a ruling today. Uber operating companies, who say drivers are not workers, appealed to the Supreme Court after losing three earlier rounds of the fight.

Nasa’s Mars Perseverance rover safely landed on the red planet and sent back images, marking an ‘amazing accomplishment’, the space agency has announced.

Its mission is to search for signs of ancient life, and explore and collect samples for future return to Earth from diverse environments on Mars.

After the rover, which blasted off from Earth last July, entered the Martian atmosphere there were ‘seven minutes of terror’ as it made its way to the surface. It took more than 11 minutes for news of the safe landing to reach Earth, arriving at just before 9pm.

Drivers could be hit by record fuel prices

Drivers are being warned that fuel prices could reach record levels due to rising oil prices, according to new analysis.

Petrol could reach 143p per litre with diesel costing 148p per litre, the RAC said. This is based on the price of a barrel of oil hitting 100 US dollars (£72.20), which investment bank JP Morgan has said is a possibility in 2022.

Drivers have already been hit by a £4 increase in the cost of filling up a typical 55-litre family petrol car since December.

Business rates for retailers on the high street should be cut by 35 per cent with the commercial property tax increased for online rival warehouses instead, according to the chief executive of Next.

Lord Simon Wolfson said the current system places an unfair burden on bricks and mortar stores and said the tax, which is calculated on the value of each commercial premises, has failed to consider falling property prices in shopping destinations during the pandemic.

He told BBC News he was against an online tax – something rival retailers have called for as online sales soar during the pandemic – but said an increased tax on warehouses could be a solution.

Households’ hopes for their personal finances over the next 12 months improved in February, reaching close to levels seen before the coronavirus lockdowns started, according to an index.

The findings could signal a confidence among some households to spend as coronavirus restrictions ease, helping an economic recovery.

Barclays has revealed payouts for shareholders and hefty bonuses for staff and bosses despite seeing annual profits tumble after a £4.8bn charge for loan losses in the pandemic.

The banking giant resumed dividends with a 1p a share payout and announced a share buyback of up to £700m thanks to a strong investment banking performance.

Keenly-awaited details on its bonuses also showed that chief executive Jes Staley landed a £1.4m award, while staff shared out a £1.6bn pool. The payouts come in spite of a steep 30 per cent fall in pre-tax profits to £3.1bn last year.

Asda has said that shoppers have spent more on higher-end products to treat themselves during lockdown as the pandemic grocery boom continued into the final quarter of 2020.

The UK’s third largest supermarket chain said that like-for-like sales jumped by 5.1 per cent in the three months to the end of December as it was buoyed by strong Christmas sales.

It revealed that sales were up 6.9 per cent in the eight weeks before Christmas Eve, against the same period last year.

As sterling soared against the dollar, and trouble brewed in US markets, London’s top companies were left as the biggest losers on a bad day for global investors.

The bosses of three of the UK’s biggest gym firms have called on the government to prioritise the reopening of fitness facilities.

Chief executives at The Gym Group, David Lloyd and PureGym have warned that without a planned reopening announced, the nation’s physical and mental health could deteriorate.

UK Active data shared with the government earlier this week claims that sites are ‘low risk’ for spreading Covid-19 and should be prioritised.

Recruitment giant Hays has said it will hand shareholders a special dividend of £150m despite its operating profits falling by three-quarters for the past six months.

The London-based firm said it has identified ‘£150m in surplus capital’, which it will give out in two payments.

It comes despite a tough period for the recruitment sector, as the labour market has been constrained by the economic impact of the pandemic.

Volkswagen has bolstered the number of powertrain options available with its latest Tiguan, adding a pair of petrol engines to the popular SUV.

Both are 2.0-litre units but offer power outputs of either 188bhp or 242bhp. This is brought alongside 320NM and 370Nm of torque respectively.

Much of the UK will be cloudy and windy today with outbreaks of rain, these most prolonged over western areas, say the BBC. However, any rain over eastern and southeast England will be patchy.

Most of the UK will be breezy and often cloudy overnight but mild. There will be further rain at times, heavy over parts of Wales and western England and a risk of hill fog.

It will be a mild but windy day for much of the UK tomorrow. Further pulses of rain, some heavy, will spread northwards through the day. However, the southeast and East Anglia will be dry and bright.