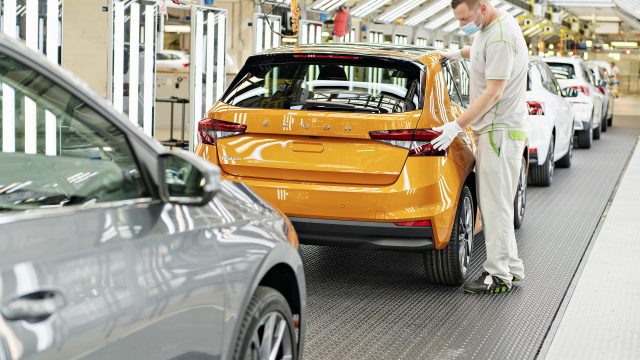 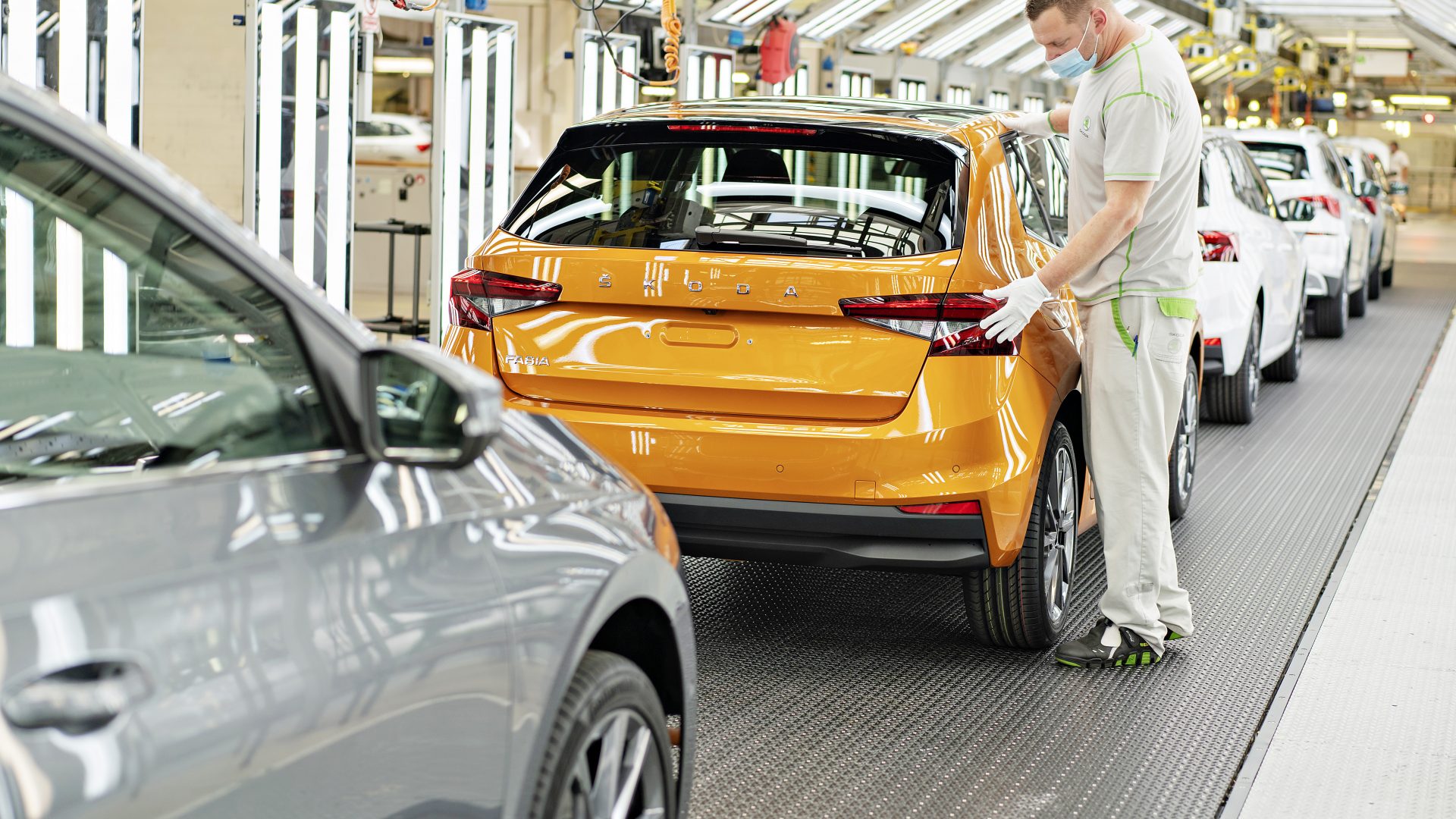 Production lines at Skoda’s Czech plant have ground to a shuddering halt as the manufacturer continues to battle the ongoing semiconductor shortage.

The site has begun a two-week outage which will see only one production line left running.

Skoda hopes that by streamlining production, it will be able to complete 10,000 unfinished cars during the outage.

Bosses have warned that production until the end of the year may be ‘significantly reduced or even halted’ as a result of the microchip crisis.

Skoda is Czechia’s biggest exporter and a reduced production could have a huge impact on the country’s economy as it looks to bounce back after the pandemic.

Tomas Kotera, a spokesman for Skoda, said: ‘Skoda Auto has been struggling with a big shortage of critical components, which has forced it to limit production significantly in the past weeks.’

The Czech Auto Industry Association says that Czech carmakers will produce around 250,000 fewer cars than expected this year.

It is estimated, the reduction will cost the automotive sector the equivalent of £6.66bn in sales.

The car sector employs around 180,000 workers in Czechia and accounts for a quarter of industrial output.