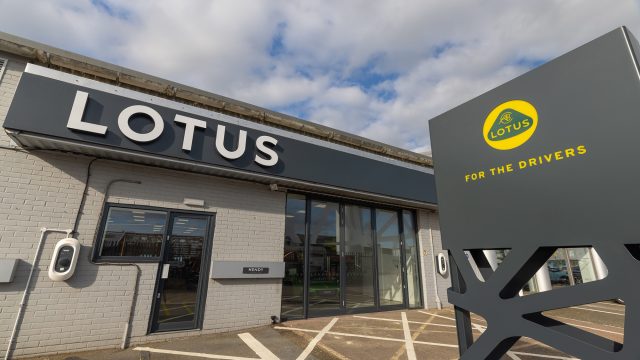 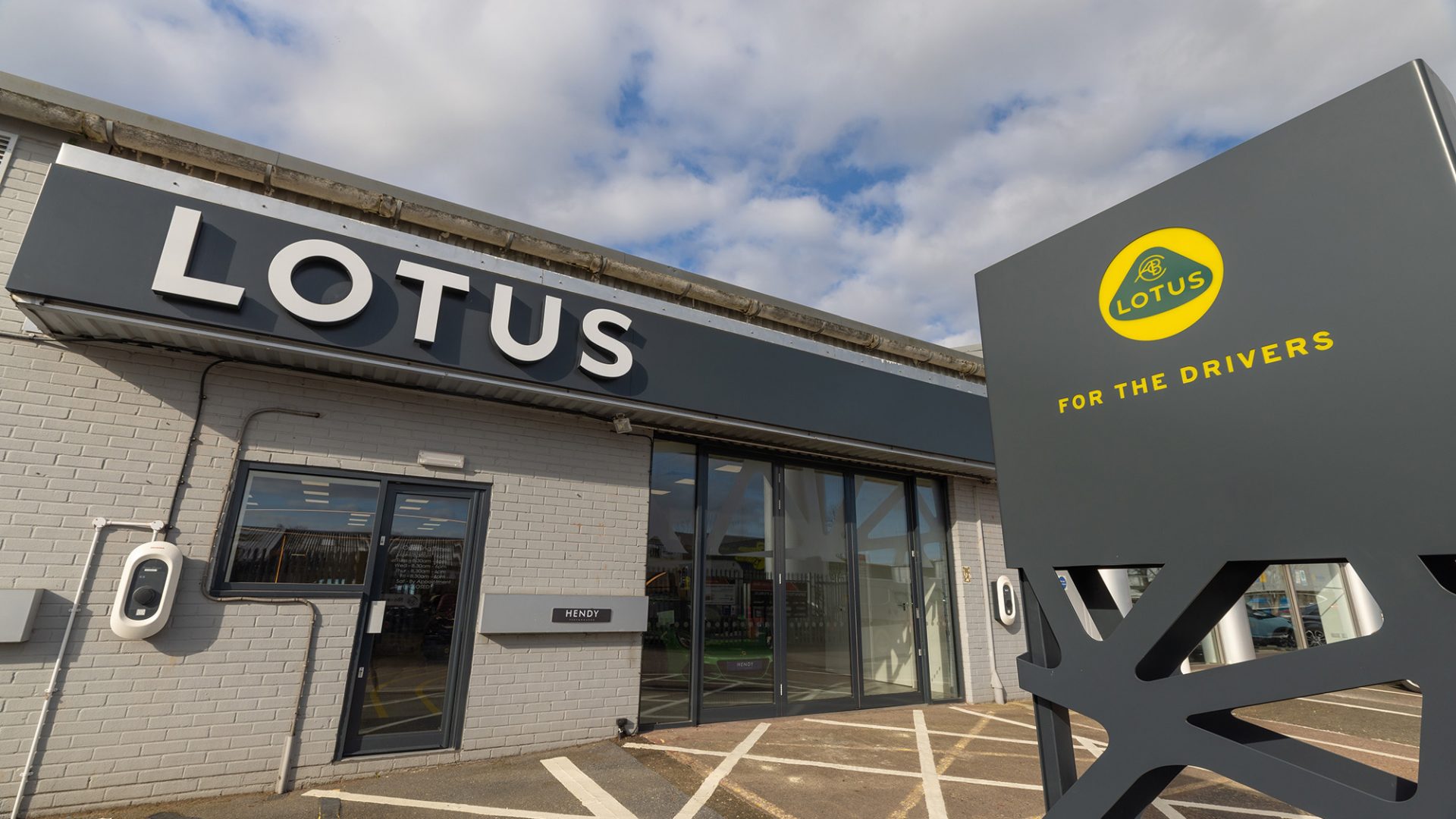 Lotus is continuing its global roll-out of a new ‘visual identity’ for its showrooms, with a dealership in Exeter now sporting the new layout.

The British sports car brand opened its first showroom displaying the new look in Bahrain last autumn, and the firm is now expanding the ‘sculptural and artistic’ look to dealers in Europe and the USA.

As part of that, the first overhauled Lotus showroom in the UK has now been completed – Lotus Exeter, a solus site operated on the Marsh Barton trading centre by the Hendy Group and pictured above.

Lotus says the location is the ‘main destination for automotive retail customers’.

Across the UK, Lotus has 13 dealers, all of which are now signed up to a full agency agreement.

Although Lotus did lose some dealers in the UK in what the brand called a ‘restructuring’, it is now looking to expand its network into cities such as Edinburgh, Cardiff and Newcastle as a range of new models are set to come to market.

Elsewhere in Europe, the first two locations to display the brand identity are at a new showroom in Brussels operated by the Sterckx-Desmet automotive group, and Lotus Turin.

Over in the USA, Lotus Dallas is the first showroom to feature the new design in the States.

Lotus says its new retail identity ‘draws directly on the company’s design and engineering prowess’, using the latest technologies and ‘delivering an integrated physical and digital experience of the Lotus brand and product’.

Geoff Dowding, executive director of sales and aftersales at Lotus, said: ‘As we evolve and expand our product range, we are enhancing the Lotus customer experience. 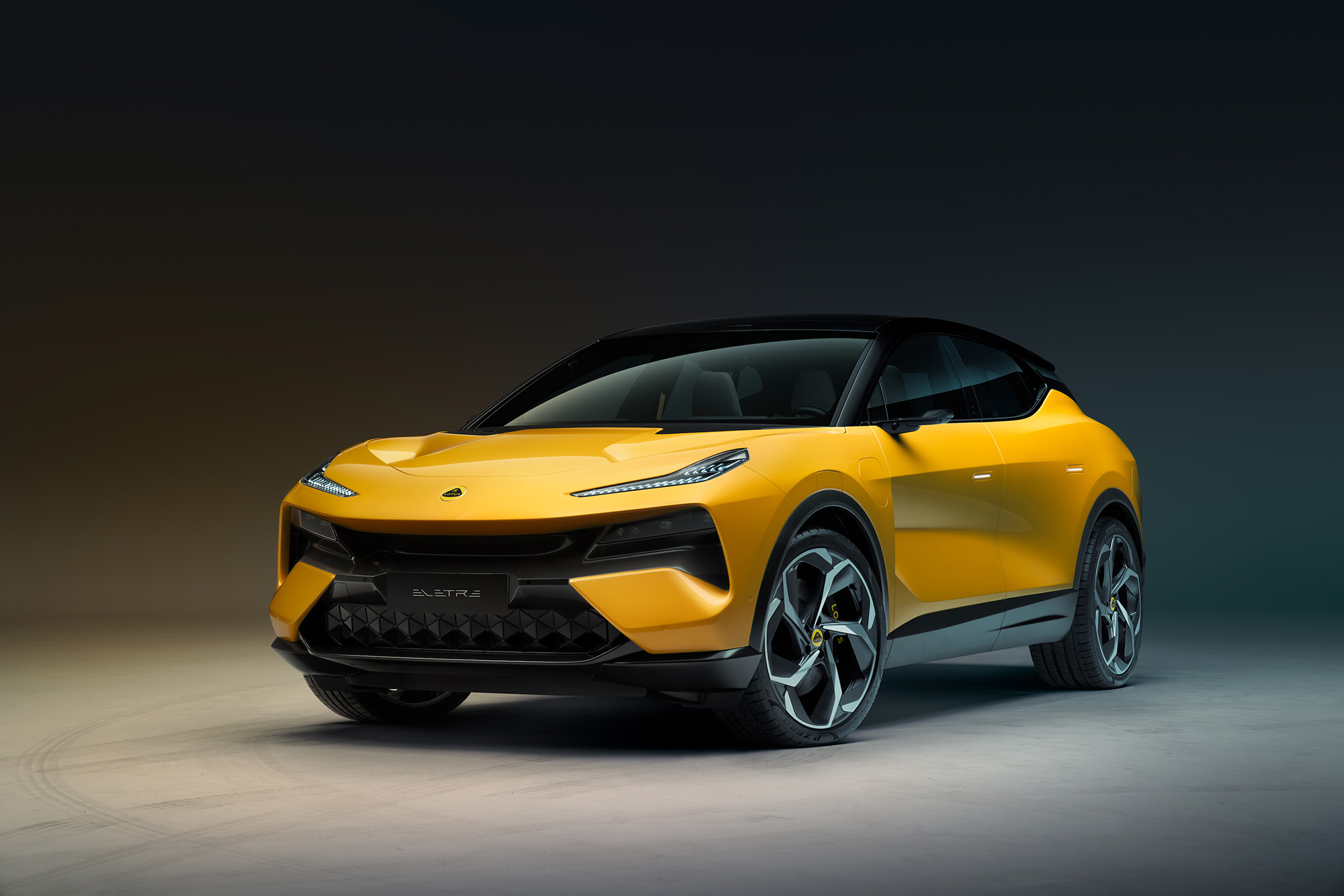 ‘The physical transformation of our retailers and retail agencies worldwide, coupled with the launch of our digital e-commerce platform, is a key element of that process.’

Lotus is currently undergoing a rapid transformation under the helm of the Chinese automotive giant Geely.

Since the firm bought a majority stake in the struggling sports car firm in 2017, which had suffered from years of insufficient funding and products, it has ploughed money into Lotus, creating new facilities and enabling a bold model offensive.

In December last year, Lotus ended production of its Elise, Exige and Evora sports cars, with the brand now gearing up to begin production of its new Emira shortly – its latest performance car and – crucially – the last petrol car it produces.

The firm is now focusing on electrification instead, and diversifying into new markets, as evidenced by the recent reveal of the new Eletre SUV.

The unveiling at BBC Television Centre was attended by Car Dealer associate editor James Batchelor, who noticed that it wasn’t without its detractors.

Set to launch in 2023, it enters Lotus into a completely new segment, and a very lucrative one at that.

Since the likes of Lamborghini, Bentley and Aston Martin have launched SUVs, these models are now the best sellers in their respective ranges.

The Eletre is set to be produced in China on a new EV platform – two firsts for Lotus – with this ‘hyper SUV’ developing 592bhp from its twin electric motors and capable of a sub-three-second 0-60mph time, as well as a range of up to 373 miles.