Rapid increase in first jabs before the end of March

There’s to be a ‘rapid increase’ in the number of people who will receive their first Covid-19 jab before the end of March, vaccines minister Nadhim Zahawi has said.

He added there was to be a ‘big uplift’ in supply in the coming weeks which will see a surge in people receiving their first dose and many of the highest risk getting their second jab.

He said that the ultimate aim was to get 95 per cent of British adults vaccinated and the offer of a jab was ‘evergreen’ for people who had not yet accepted their invitation. So far 24,064,182 jabs have been given in the UK, including 1.2m second doses.

The public is being urged to stand on their doorsteps and balconies this evening to slow handclap the government over its controversial proposal for a one per cent pay rise for NHS staff.

The suggested action, backed by health unions and the TUC, is the latest step in a campaign aimed at achieving an increased pay increase for health workers.

Thursday’s event is aimed at mirroring the weekly applause for health workers last year, and takes place at 8pm – the first anniversary of the World Health Organisation declaring Covid-19 a global pandemic.

Lotus has teamed up with a leading British music producer, Patrick Patrikios, to create a range of unique sounds for its upcoming Evija electric hypercar.

Patrikios kicked off the process by using the Lotus Type 49 racing car as a starting point. He took a recording of the Type 49’s exhaust note and slowed it down, finding out in the process that the engine note created a similar frequency to the natural driving sound of the Evija.

Not only was the producer able to create an external sound for the Lotus as it accelerates, but also developed chimes and tones for certain aspects of the car, such as the indicators and seatbelt warning.

Chancellor Rishi Sunak’s plans to jumpstart the economy with the super deduction aimed at boosting business investment is biased towards jobs typically taken by men by focusing too heavily on encouraging investment in infrastructure projects, MPs have been told.

Economist Susan Himmelweit, from the Women’s Budget Group, speaking to MPs said plans to offer businesses £130 for every £100 spent must move away from just being able to be claimed on new plants and machinery. She added more focus must be made on childcare, pointing out that women have been disproportionally hit during the pandemic.

She said: ‘Having a view of investment that it’s only physical is already a very clear male bias and we got that very clearly in this Budget in the way the super deduction is targeted on physical investment.’ 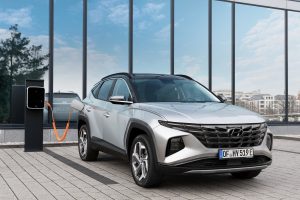 Hyundai has released full pricing and specification for the new plug-in hybrid Tucson.

The powertrain uses a 1.6-litre petrol engine and an electric motor, with the latter powered by a 13.8kWh battery that provides an electric range of up to 35 miles. It has a combined output of 261bhp and 350Nm of torque.

Potential house sellers held off putting their homes on the market in February amid coronavirus-related restrictions and uncertainty over the stamp duty holiday, according to surveyors.

The Royal Institution of Chartered Surveyors (Rics) said there is a ‘very clear message’ that more needs to be done to address supply shortfalls, amid mounting expectations that house prices and rents will climb higher.

Activity is expected to pick up in the coming three months, partly helped by the anticipated easing of lockdown measures, according to Rics’ latest survey of property professionals.

People are being warned to watch out for a new text message scam in which criminals pose as Royal Mail in an attempt to steal personal and financial details.

The Chartered Trading Standards Institute (CTSI) said it has received evidence of the scam, which uses a text message to claim a parcel is awaiting delivery but a ‘settlement’ must first be paid.

The message also includes a link which leads to a fraudulent website posing as a Royal Mail page and asks for personal and payment details, which could then be used by scammers for further fraud. It follows a similar scam taking place over email which was flagged by Royal Mail last month.