PM says route out of lockdown will not be derailed

Boris Johnson has insisted the vaccination programme and route out of lockdown remain on track despite a shortfall in the expected supply of jabs.

A delay in deliveries from India and the need to retest a batch of 1.7m doses is behind the issues with vaccine supply in April.

The latest digital Car Dealer Magazine has been released to subscribers – ahead of it going on general release next week.

Members of this website who have signed up with their name and email address can get access to the latest issue now.

It features a review of our Daksh Gupta and Robert Forrester interview, road tests of the Audi E-Tron, BMW M3 and Ford Mach-E, news round-ups and some columnists’ rants.

Consumer confidence is showing ‘green shoots’ of recovery on the back of well-received Budget announcements, the vaccine rollout and roadmaps in place for ending lockdown.

British peoples’ positivity about their personal finances over the next 12 months is at its highest point in three years, according to the long-running consumer confidence index by Growth from Knowledge.

The measure on economic prospects for the next 12 months was up by 13 points, a strong result following February’s equally strong 14-point boost.

The Prime Minister is due to receive his first dose of the AstraZeneca vaccine as a host of European countries announced they would return to using the jab following fresh safety assurances.

A slew of countries, including Germany and France, reversed their decision to temporarily pause its use over blood clot concerns after the European Medicines Agency (EMA) called the vaccine ‘safe and effective’.

Boris Johnson is due to receive the AstraZeneca jab today. France, Italy and Germany, along with Cyprus, Latvia and Lithuania, have confirmed they will resume rollout of the Oxford shot, while Spain, Portugal and the Netherlands said they will follow suit next week.

The Bank of England has kept interest rates on hold as it said the rapid rollout of the vaccination programme and road map for easing restrictions would help drive an economic rebound this year.

The Bank said the Prime Minister’s plans would see England brought out of lockdown faster than it expected, helping to deliver a ‘slightly stronger’ rise in consumer spending than it previously predicted.

But minutes of the latest rates decision showed the outlook for the economy remained ‘unusually uncertain’, adding it was unclear how the spending boost would impact its forecasts for growth.

The Prime Minister has pledged to pursue a permanent national memorial to remember the victims of the coronavirus pandemic.

Boris Johnson told the Downing Street press conference yesterday the government will ‘certainly be pursuing’ the creation of a tribute, but Number 10 said there are ‘no further details’ yet on what this might look like and when it will be unveiled.

Asda chief executive to step down

Asda’s chief executive has said he will step down next year following a billion-pound buyout of the firm.

Roger Burnley said he will leave the supermarket chain after it has ‘transitioned fully to new ownership’ under the Issa brothers, who won the £6.8bn takeover battle for the business last year.

Burnley, 54, has been chief executive since January 2018.

The FTSE 100 index of the capital’s biggest companies flipped its fortunes at around 1.30pm yesterday, gaining 40 points in half an hour and turning what looked to be a loss into a win.

The index ended the day up 17 points, or 0.3 per cent, at 6,779.68. But though the FTSE might have gained ground, it fell behind its German cousin the Dax, which soared by 1.3 per cent, hitting a new all-time high during the day.

The Podcast with Umesh… for a little while at least

The owner of British Airways plans to raise a billion euros (£855m) to help it withstand a prolonged downturn in the travel sector and to tap into the eventual recovery.

IAG said it would sell two sets of bonds, each raising around 500 million euros. The group, which also owns Iberia and Aer Lingus, said it wanted to strengthen its balance sheet and increase overall liquidity.

The cash will also be used by IAG to help ‘the group withstand a more prolonged downturn in air travel’, and provide it with ‘the operational and strategic flexibility to take advantage of a recovery in demand for air travel’.

BT has confirmed plans to spend £12bn rolling out full-fibre broadband to 20m homes in the UK no later than the end of the decade, following the publication of new rules by Ofcom.

A long-awaited decision by the regulator will allow BT to secure the returns on investment bosses had been hoping for and provide clarity over pricing for the next 10 years, the company added.

Officials at BT hoped the £12bn investment would allow them to make a profit margin of 12 per cent and, although Ofcom did not specify a percentage, the company said the rules would allow the rollout to begin.

The Gym Group has sunk to a £47.2m loss in 2020 as Covid-related restrictions hit the company, with its gyms forced to close for large swathes of the year.

Bosses said they remained focused on reopening sites in England from April 12 and April 26 in Scotland and have retained more members during the current lockdown than previously.

They added that 97 per cent of current members say they expect to return to the gym as soon as possible.

A new indoor mapping technology has been launched that can give precise navigation instructions even in areas where GPS signals don’t work.

Launched by parking mapping service Parkopedia, the technology is useful for finding your way around areas such as underground or multi-storey car parks, or when locating a vehicle. In the future, it could also be used by self-driving vehicles.

One of the key issues it solves in the short term is finding electric vehicle charge points – helping drivers find them in multi-storey car parks. 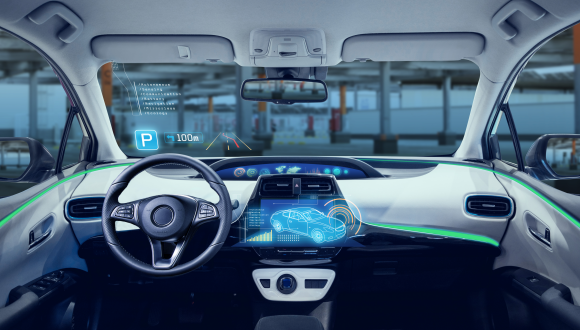 Volkswagen has bolstered its Transporter range with the introduction of a new Sportline trim.

Priced from £42,940, the Sportline brings a redesigned front bumper, a dynamic rear spoiler and side bars. Black 18-inch alloy wheels are included too, while the van’s Eibach suspension has been dropped by 30mm over the regular van.

A range of new colours – including Indium Grey, Fortana Red and Ravenna Blue – are available to choose from and when combined with striking red accents gives the van a distinctive look.

Dry and calm for most areas today but rather cloudy and there is a chance of patchy rain, says the BBC. There will be sunny spells over western and central Scotland and south-east Britain where it will also be breezy.

A dry but cloudy night but with clear spells in central Scotland and the far south and south-east of England, where it will be chilliest. The far north of Scotland will see freshening westerly winds.

Tomorrow will be largely dry with the best of the sunshine in north-eastern England and eastern Scotland. Other areas will be mainly cloudy. Some rain and fresh winds for the far north of Scotland.