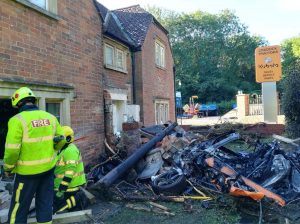 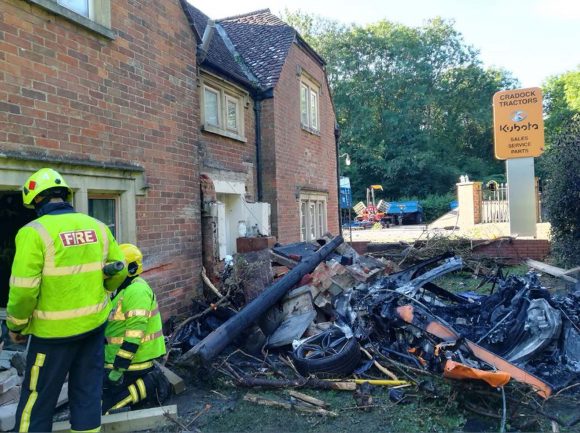 McLaren wrecked as it crashes into building on country road

A MCLAREN supercar was reduced to twisted wreckage when it smashed into a building on a country road and burst into flames.

The driver and passenger walked away with only minor injuries from the crash on Yarnbrook Road, near Trowbridge, Wiltshire.

Dorset and Wiltshire Fire and Rescue Service said they were sent to the site shortly before 6.30am on Sunday, arriving to find the two occupants already out of the car.

Images from the fire service show the blackened remains of the sports car buried beneath a collapsed brick wall.

The car’s original orange paintwork can still be seen on fragments of the wreckage.

The fire service wrote on Twitter: ‘Crews from @Trow_Fire_Stn attended an incident involving a McLaren that crashed into a building on Yarnbrook Road, #Heywood.

‘Crews found the occupants had been released prior to their arrival and the vehicle was alight. Fire was extinguished and made safe.’

MORE: Sean Kent is new head of account management at The Warranty Group

On SuperUnleaded.com: The Aston Martin Vulcan gets even more extreme