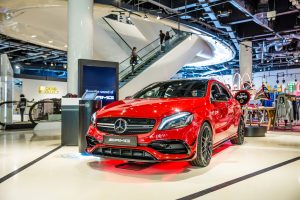 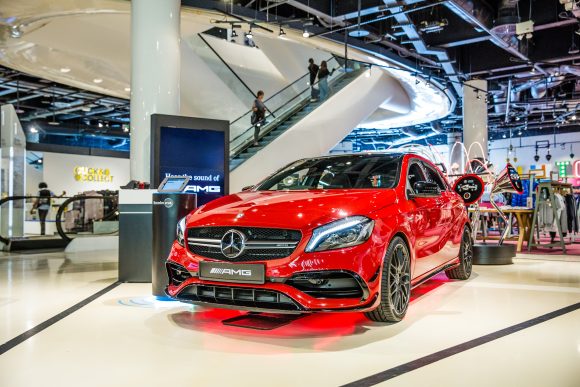 MERCEDES-Benz has opened its newest pop-up shop in Selfridges at The Bullring in Birmingham.

It features some of the most popular Mercedes-Benz models, allowing customers to experience the cars up close, while also finding out more about the rest of the award-winning range.

A Mercedes-AMG A 45 is currently on display with a Galactic Beam G 63 arriving on October 2.

As part of the Live and Loud celebration to celebrate 50 years of AMG, customers will have the opportunity to hear the roar of the engines from an exclusive custom-made AMG sound experience.

Customers can also arrange test drives during these hours. The store will operate until October 15.

MORE: James Baggott: War on dirty diesels must target those doing the most damage

On SuperUnleaded.com: Jay Leno goes cruising in his 19111 fire truck