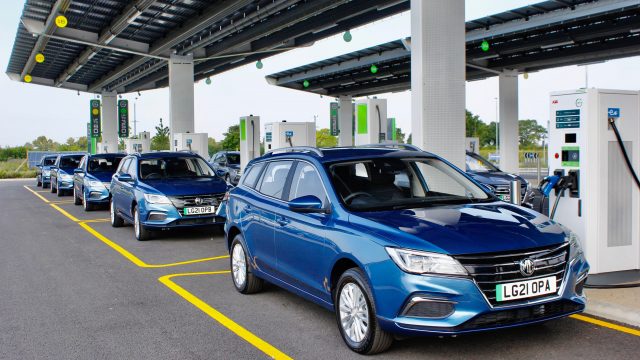 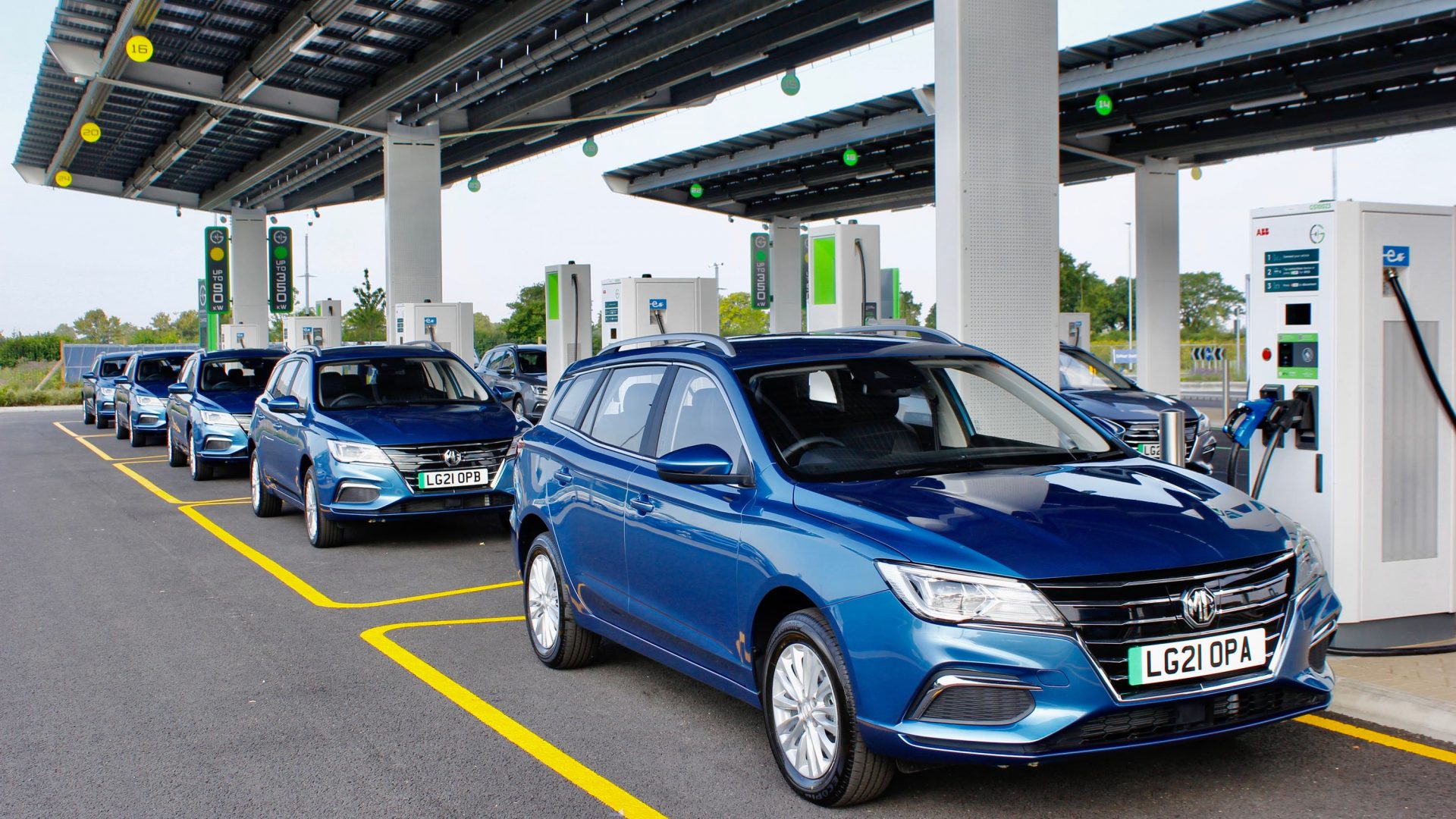 The MG5 EV has been given a longer range after the British firm confirmed the introduction of a new model with a larger battery.

Since its initial release, the electric estate has only been available with a 214-mile range – although the existing model will continue to be sold ‘for the time-being’.

However, it looks sure to be trumped by the latest incarnation which has been given a 61.1kWh battery, providing a range of up to 250 miles.

The new model can be charged from zero to 80 per cent in about an hour via a 50kW charger or about 40 minutes via a 100kW unit.

Impressively, official figures suggest the range could increase beyond 330 miles if the car is solely used for urban driving.

The long-range model has also been given a new addition in the form of ‘MG Pilot’ – a suite of driver assistance technologies designed to help the driver stay safe on the road. F

First introduced on the ZS EV SUV, the technology is included as standard on Excite and Exclusive trim levels.

‘With the new longer-range model we’re offering MG customers even greater value and flexibility from their EVs.

‘With a full charge given a WLTP-approved range of 250 miles and the ability to be rapid charged to 80 per cent in as little as 40 minutes, the MG5 EV is a car that really can bring electric motoring to the masses, and it has played a big part in MG’s rapid charge ahead as one of the leaders in the UK EV market.’

Prices for the MG5 EV start at £26,495 after the plug-in car grant of £2,500 is applied, although Car Dealer reported yesterday that the government is hinting the grant could soon be scrapped.

Business users will see just one per cent benefit-in-kind tax for the 2021/22 tax year because it’s an electric vehicle.