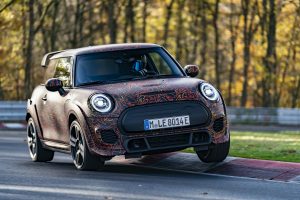 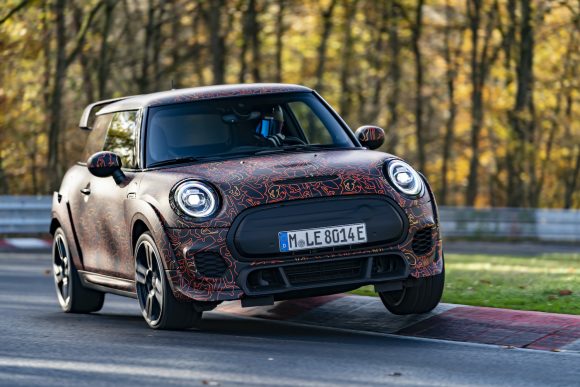 Spurred on by the success of the Countryman plug-in hybrid and Mini Electric, the BMW-owned brand is making preparations for ‘the next step in the development of electric John Cooper Works models’.

Mini claims this doesn’t spell the end of its other petrol-powered hot hatch offerings, though, and will continue to build petrol models alongside new electric versions.

Bernd Korber, head of the Mini brand, said: ‘With the Mini Electric, we’ve shown how well brand-typical driving enjoyment and electric mobility can be combined.

‘With this new focus on electric performance, we’re also creating the opportunity to sharpen the distinctive profile of the John Cooper Works brand more than ever before.’

Along with the announcement, Mini published photographs of a camouflaged prototype being tested, using the bodywork of the recently introduced JCW GP hinting a pure electric GP could be launched soon.

Aside from a blanked-off grille shared with the standard Mini Electric, the prototype is all but identical to the current GP model in appearance and would likely feature a larger battery than the Mini Electric’s to give more performance.