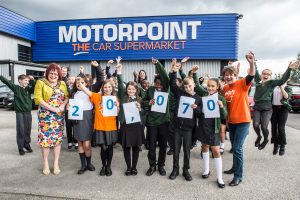 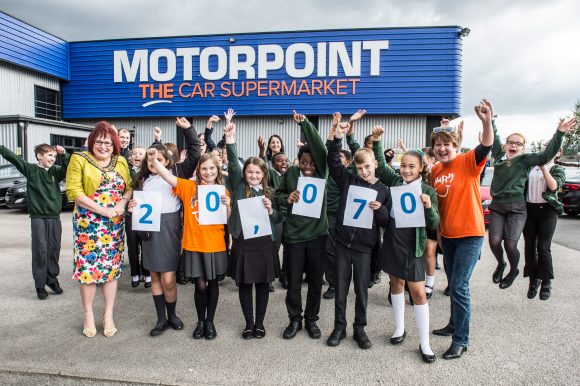 DERBY has reclaimed the title of Britain’s ‘kindest city’ – with the help of Motorpoint.

The car supermarket, which is headquartered in the city, supported the bid by Brilliant Derby late last month to carry out more than 20,000 acts of ‘random kindness’ in a single day in order to regain the unofficial world record which it lost last year to Bristol.

The project, which was led by best-selling children’s author Andy Cope and former Derby Mayor Lisa Higginbottom, saw 500 year five pupils from 14 schools across the city, aided by mentors from Motorpoint, mobilise a small army of fellow pupils, teachers, parents and members of the public to carry out as many random acts of kindness in a 24-hour period as possible – including a special event in Derby’s Market Place on September 24.

Clare Bell, head of learning and development at Motorpoint, said: ‘We’re absolutely thrilled to have helped play our part in Derby regaining the title of Britain’s kindest city.

‘It’s a fantastic achievement by all concerned, in particular, the school pupils, who have really excelled themselves over the last few months in making this unofficial world record happen.’

Andy Cope, Author of the Spy Dog, Spy Pups and Spy Cat Series, added: ‘We did it! I would like to say a huge thank you to everyone who got involved.’

In our picture, Cllr Linda Winter, the Mayor of Derby, announces the accolade with help from the pupils of Chellaston Junior School.