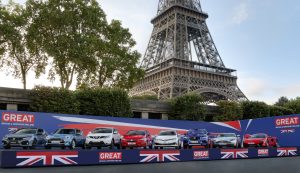 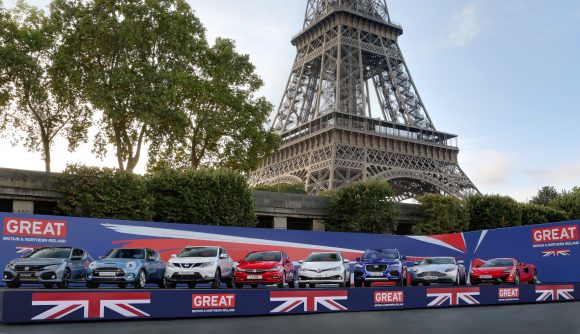 BRITAIN’S exit from the EU could do serious damage to our resurgent car manufacturing industry, according to a new report.

Investment decisions by major carmakers on the production of up to 15 new models in the UK are ‘hanging by a thread’ unless the government secures tariff-free access to the European single market, according to research carried out by Britain’s biggest union, Unite, and released today.

According to the report – ‘Brexit On Our Terms’ – talk by government ministers of a ‘hard Brexit’ and the uncertainty surrounding the UK’s trading relationship with Europe could deter carmakers from investing in their UK plants.

Models due to come into production after 2020 could end up being made on mainland Europe instead of on British soil, it says.

The report by Unite, which represents more than 500,000 manufacturing workers, highlights the key investment decisions due over the next two years on new models ranging from the Honda Civic to the Range Rover Sport.

It also warns that suggestions by some ministers to revert to World Trade Organisation (WTO) tariffs of 10 per cent on exports and four per cent on imports would damage a resurgent car industry.

What’s more, hundreds of thousands of jobs in the UK’s manufacturing and automotive industry would be at risk because of European exports and a reliance on a European-wide supply chain that benefits from tariff-free access to the single market.

David Bailey, professor of industry at Aston University, says in the report: ‘Automotive and engine assemblers like General Motors, BMW and Ford all import components to the UK from other European Union operations.

‘Anything which puts these trading relationships at risk, whether currency risk or higher transaction costs from having to deal with EU and UK regulations separately, reduce the likelihood of further investment.’

Elsewhere, the report lays out Unite’s blueprint to protect UK manufacturing jobs, investment and employment rights. In addition to tariff-free access to the single market, which is worth a massive £229 billion to British manufacturing, these include:

– Article 50 – The government must not rush to invoke Article 50 before a clear British negotiating position has a mandate from the people with a vote in Parliament.

– Workers shouldn’t pay the price for Brexit – In addition to protecting workers’ rights, the government must support infrastructure and bring stability to manufacturing by creating a strong, stable internal market supported by public sector procurement.

– A seat at the table for workers – As the collective voice for more than 1.4 million people, Unite has a voice that must be central to the negotiations for Brexit.

Unite general secretary Len McCluskey said: ‘The UK car industry is the most productive in the EU. Yet the uncertainty of Brexit could seriously compromise its continued resurgence.

‘Dozens of decisions, including new models to UK plants, must be made in the coming months. These crucial investment decisions will determine the future of the UK’s car industry.

‘Ministers’ mixed signals on tariff-free access to the single market, which consumes 80 per cent of the cars we produce, could leave our world-class industry hanging by a thread.

‘We urge the government to engage with Unite now on the assistance urgently needed to support jobs, communities and a meaningful industrial strategy for this country.

‘Government ministers must also outline a clear negotiating position which is open to democratic scrutiny by opposition parties and trade unions before triggering Article 50.’

The report comes just a couple of weeks after an impressive line-up of British-built cars was put on display in Paris ahead of the Motor Show there earlier this month.