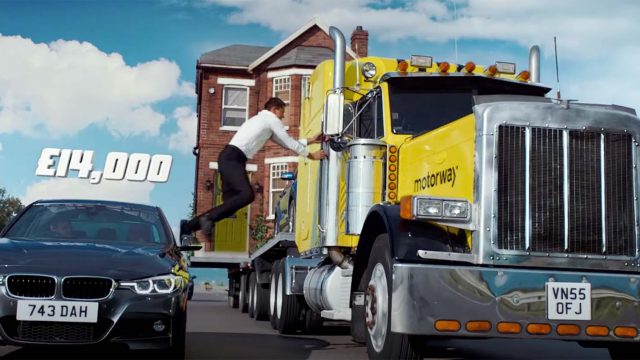 An advert by online used car marketplace Motorway has been banned for condoning dangerous driving.

Launched in August, it showed car dealers racing against each other to reach a vehicle they were bidding for and was designed to highlight Motorway’s end-to-end car-selling service.

It opened with a man in a bath uploading details of his car on to the sales site, with the car then seen on a Motorway trailer on a motorway.

His house is also initially seen hooked to the trailer.

A sequence subsequently shows dealers racing along the motorway while bidding for the car and the winning trader leaping from his vehicle into the cab of the lorry to secure his ‘prize’.

But 15 people complained to the Advertising Standards Authority (ASA), saying they believed the ad, which was shown on TV and online, was irresponsible as it condoned and encouraged dangerous driving.

Motorway told the regulator the advert had been designed to be fantastical, with the sequences in the seller’s imagination and the computer-game-style graphic ‘price bids’ above their cars adding to the unrealistic scenery.

It added that their driving style was very choreographed and showed they were always completely in control.

The stunt showing the winning dealer jumping into the cab of the truck from his car was also designed to show that it was set in a controlled environment and not on a real motorway.

The ad was passed by TV advert approval organisation Clearcast, which had advised the agency – Wonderhood – that the driving scenes should be obviously far-fetched and the leap scene surreal so that nothing would be easy to emulate.

The motorway was to be closed off as well, to make it look like the events weren’t happening in the real world, which Clearcast said was achieved by making sure the cars were the only vehicles on it.

But the ASA said in its ruling published today (Nov 17) that the driving was irresponsible as it condoned competitive and unsafe driving, in breach of its codes. 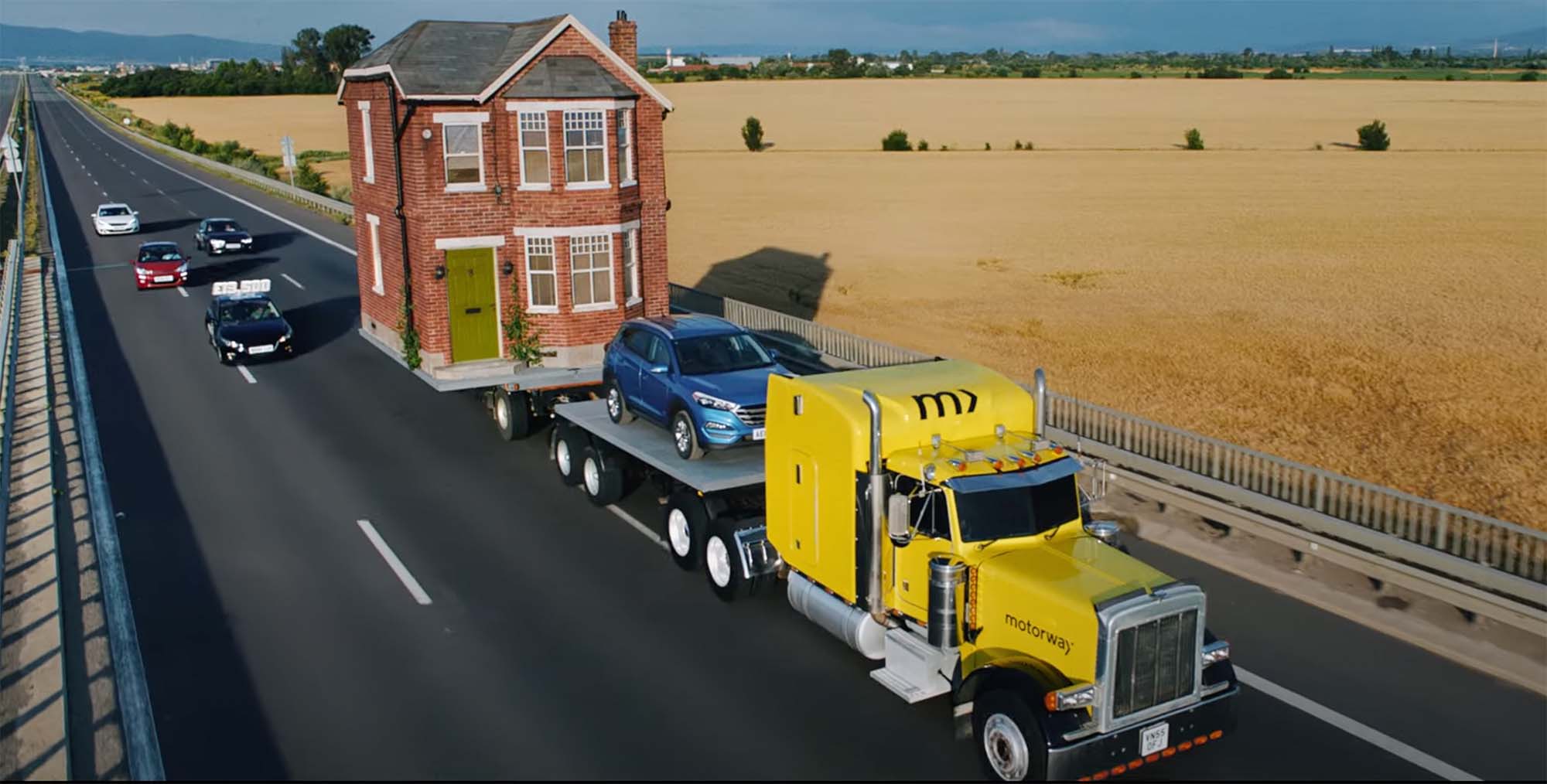 It agreed that some elements of the advert were fantastical, such as the man’s house being on the back of a trailer and the dealer jumping from his car into the truck.

The regulator also accepted that the ad was styled as a computer game with bids appearing above the cars before the seller accepted a bid on his phone.

But it said it was set on a motorway with ordinary cars and drivers recognisable as a real-life setting, with the cars taking part in a competition to get ahead by sharply overtaking each other as the dealers outbid one another and weaving in and out of lanes.

The ASA labelled the driving manoeuvres ‘dangerous and irresponsible if emulated in real life on a public highway’.

It said the ad shouldn’t appear or be broadcast again in its current form, and told Motorway Online Ltd trading as Motorway not to condone or encourage irresponsible driving in its ads.

Lloyd Page, chief marketing officer at Motorway, told Car Dealer today (Nov 17): ‘Although our TV advert complied with the guidance provided by Clearcast, following the ASA-upheld complaint the advert will not be broadcast again in its original form.

‘We do not condone or encourage dangerous driving. The original ad is no longer on YouTube.’

He added that another version of the advert was available, which can be seen below: