Home > News > Munich Motor Show 2021: What are car makers planning for the future? What cars have been announced? When will they arrive in showrooms? 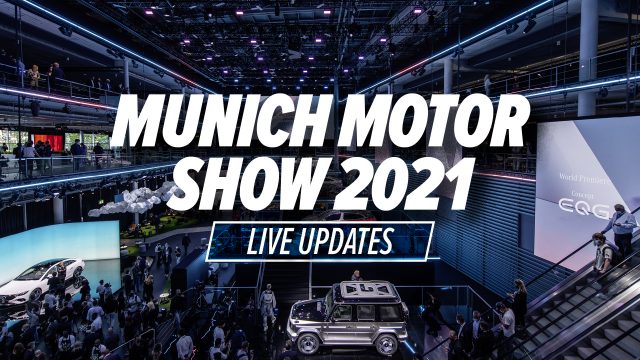 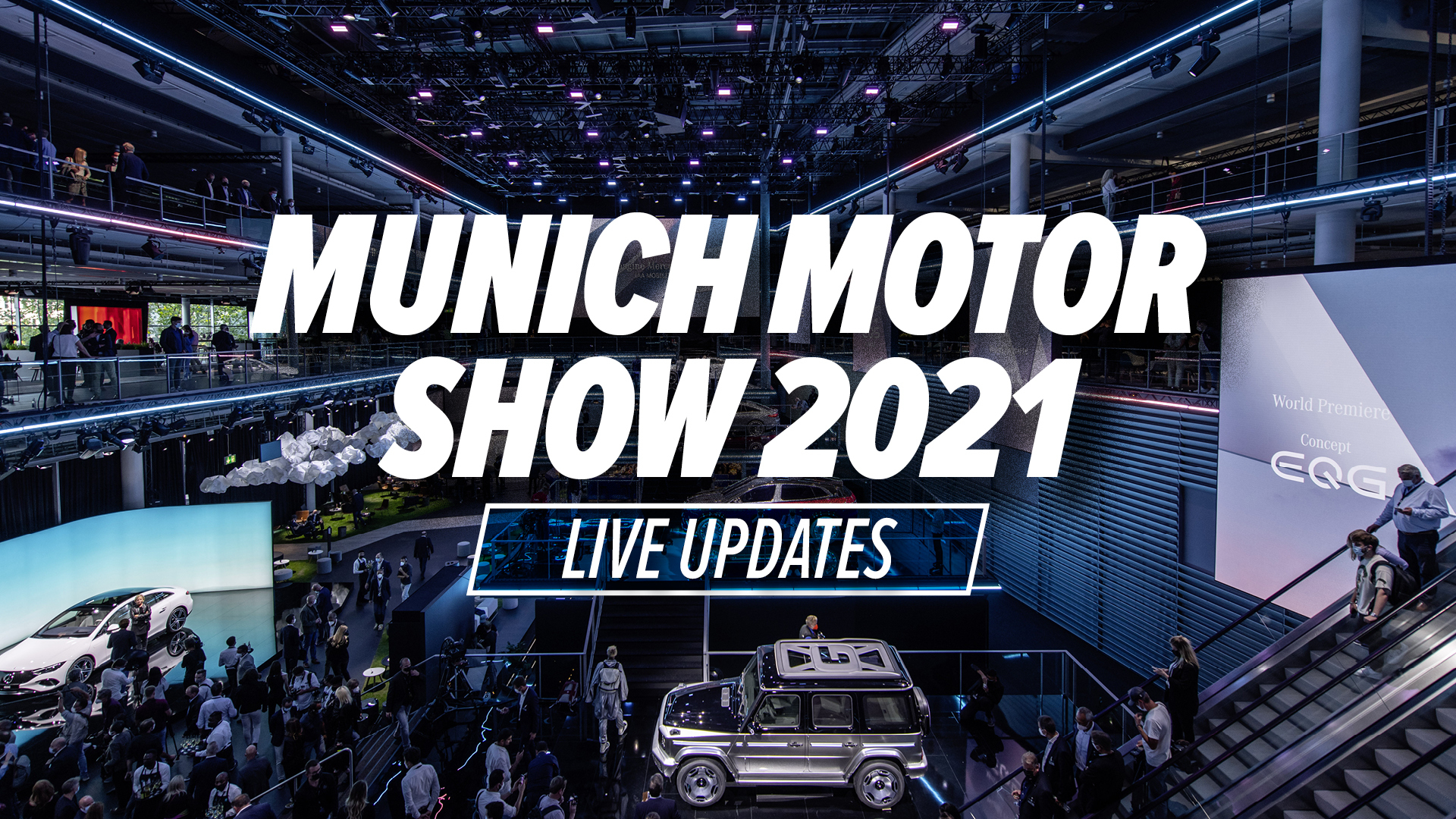 Munich Motor Show 2021: What are car makers planning for the future? What cars have been announced? When will they arrive in showrooms?

Germany’s premier motor show is back for the first time since 2019 and its relocated from Frankfurt to Munich.

At the Munich Motor Show 2021, or IAA Mobility, car makers will be showing off their plans for the future as well as some new models that will be arriving in showrooms. Here’s what’s been announced so far. 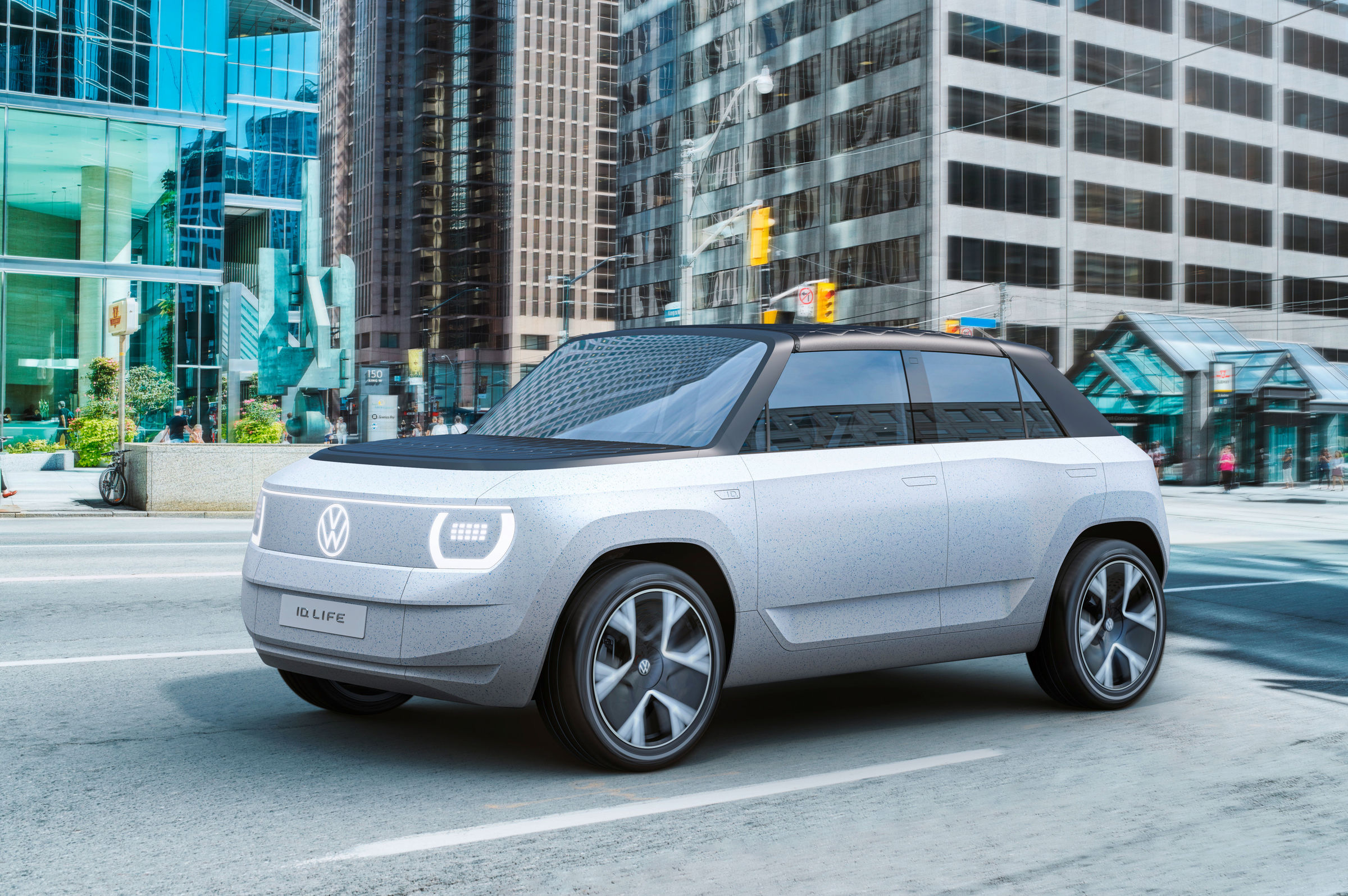 VW unveiled a new electric model due to hit the roads in 2025 called the ID. Life. The production model will serve as an entry point to the firm’s range of electric vehicles and will cost ‘around 20,000 euros’ when it goes on sale – or about £17,000.

Revealed today (Sep 6) at the show, it’s underpinned by the Volkswagen Group’s MEB platform, but rather than using a rear- or all-wheel-drive layout like the ID. 3 and ID.4, it adopts a more traditional front-driven setup thanks to a 172kW electric motor on the front axle.

BMW Group has set itself more stringent CO2 emissions reduction targets and confirmed a new focus on the use of recycled materials.

The German car group, which represents BMW, Mini and Rolls-Royce, has revealed plans for a 50 per cent reduction in the CO2 emitted by its vehicles by 2030.

Furthermore, it wants to see a reduction in emissions over the full life cycle of its vehicles – including production, supply chain and on the road use – of over 40 per cent.

We’re at @IAAmobility in Munich today. First up is BMW Group, discussing its future focus on sustainability and cutting emissions.
Its new concept, called BMW i Vision Circular, is made from recycled materials and is fully recyclable at the end of its life. pic.twitter.com/SJDdX2tD6L

BMW chairman Oliver Zipse said at the show: ‘How companies are dealing with CO2 emissions has become a major factor when it comes to judging corporate action.

‘The decisive factor in the fight against global warming is how strongly we can improve the carbon footprint of vehicles over their entire life span.

‘This is why we are setting ourselves transparent and ambitious goals for the substantial reduction of CO2 emissions.’ 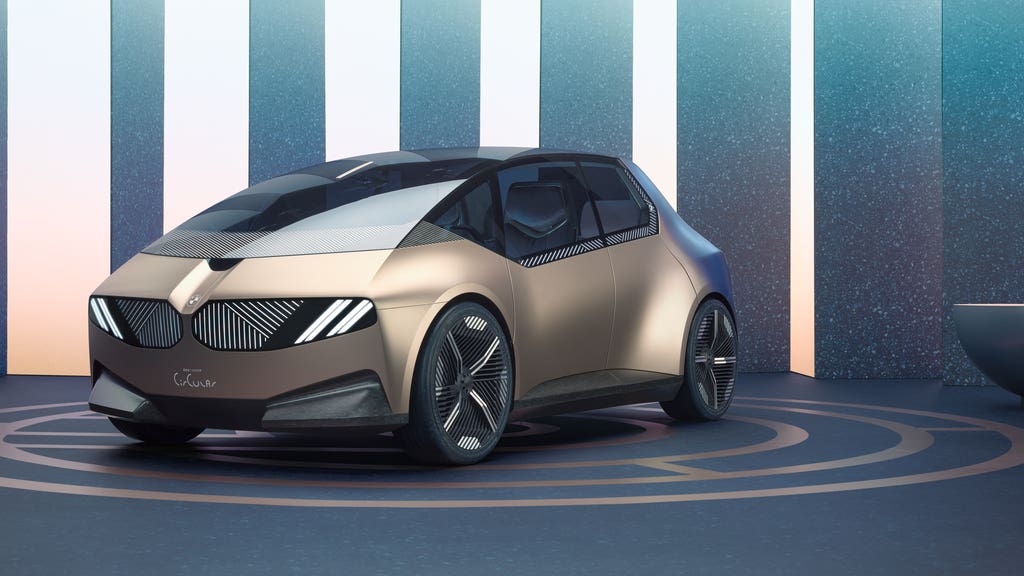 BMW has revealed its concept for the car of the future, which focuses on the ‘circular economy principle’.

Called BMW i Vision Circular, it’s made from recycled materials and bio-based raw materials. Completing the circular mission, it’s also fully recyclable at the end of its life, with even the solid-state battery able to be given a second life.

The car itself is a city car that has a simpler design than many of the firm’s current cars. This approach is deliberate, as it echoes the simplified use of materials and parts in the construction of the vehicle. 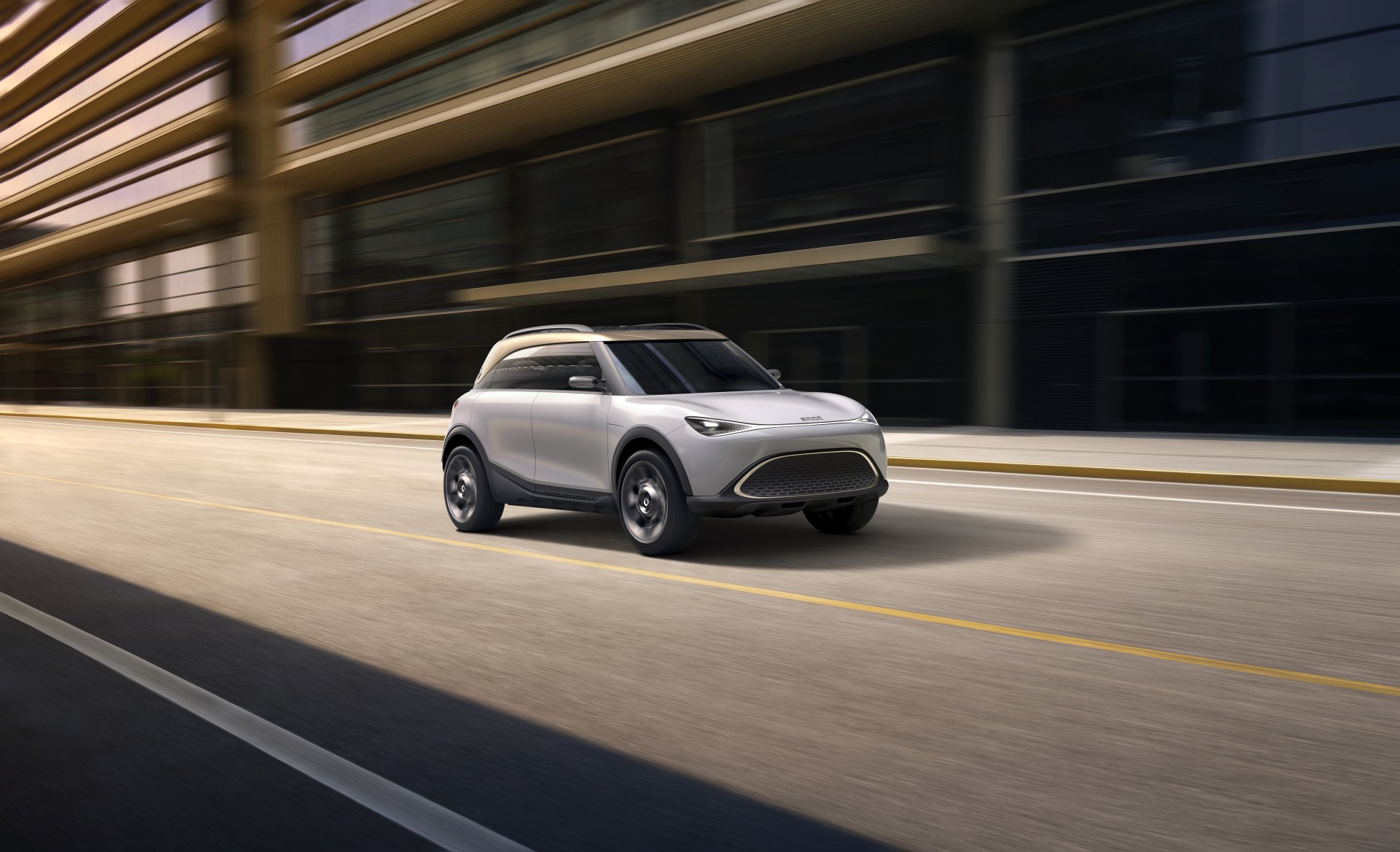 Smart move into the mini but mighty compact SUV sector

The Smart brand has shown off its new electric car range for the first time, starting with its entry into the compact SUV market.

It has said the concept is ‘near-production’ Smart Concept #1 keeps the make’s traditionally company exterior dimensions but has a more premium feel with higher levels of tech on board.

Daniel Lescow, vice president of global sales, marketing & aftersales at Smart said: ‘We’re celebrating an important milestone with the smart Concept #1, which is the forerunner of the next smart generation.

‘The near-production study is an exciting taste of what our customers can expect from the smart brand.

‘The new smart Concept #1 is the first glimpse of our vision of a new and sustainable mobility. It’s characterised by progressive design, premium equipment and advanced technology.’ 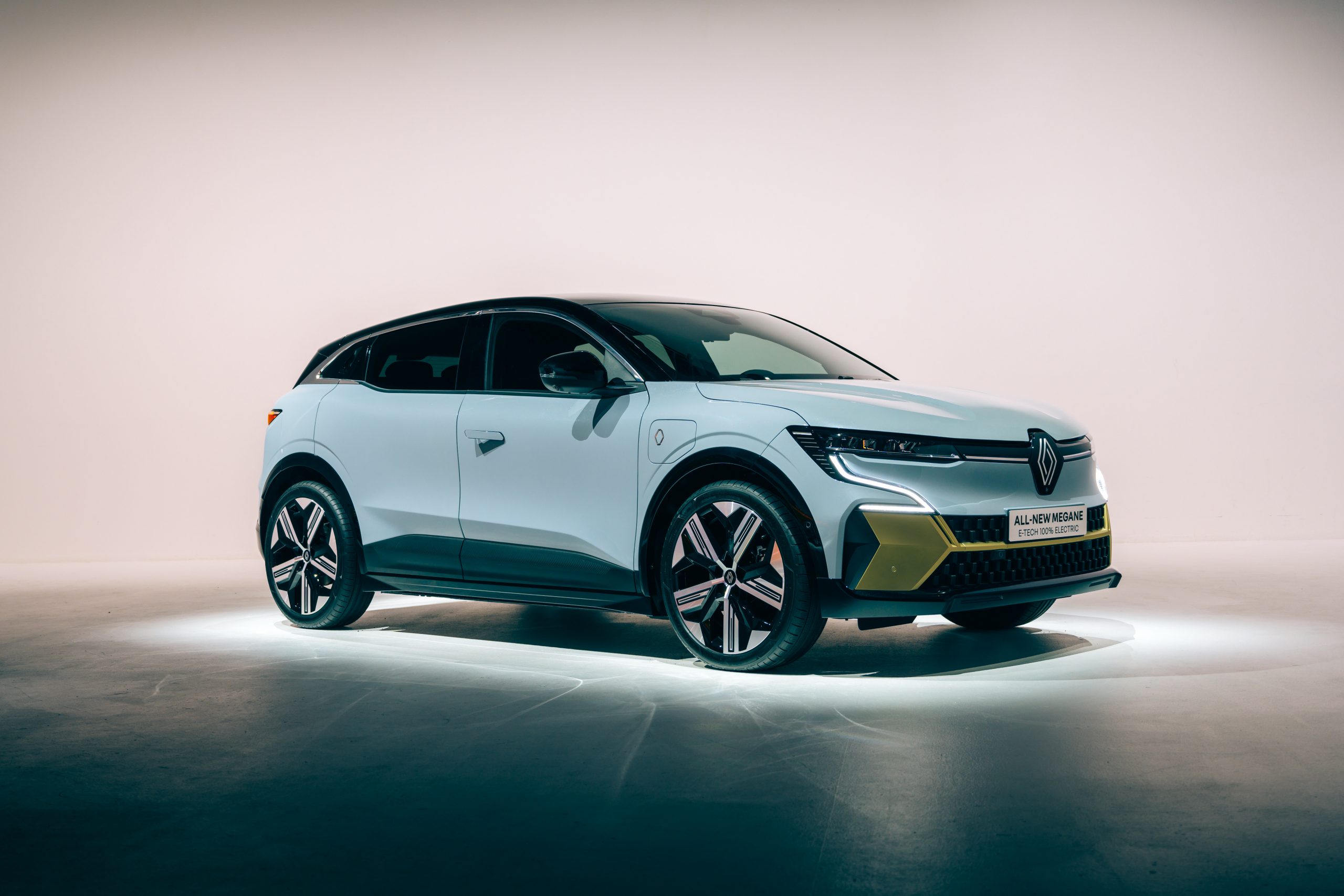 Renault has released the first in a new generation of electric vehicles – the Megane E-Tech Electric.

Based upon the Alliance-developed CMF-EV platform, the Megane E-Tech Electric draws inspiration from the Morphoz concept from 2019 and the Megane eVision show car of 2020.

Here’s the new Renault Megane E-Tech Electric. Its design is inspired by the Morphoz and Megane eVision concepts, and will be built at a new EV production facility in northern France.
There’s a choice of two power outputs and it can go from 0-60mph in 7.2 seconds. pic.twitter.com/yY8a84oRje

It’s set to be the first of the firm’s cars to ‘Made in ElectriCity’ – Renault Group’s new EV production site in northern France. Utilising an electric motor with either 96kW and 250Nm of torque or 160kW and 300Nm of torque, the Megane E-Tech Electric delivers a 0-60mph time of 7.2 seconds.

When it comes to the IAA, Mercedes always likes to go big at this year is no different.

It has revealed an electric version of its famous G-Class four-wheel-drive called the Concept EQG, a new Tesla rivalling EQE that will go on sale next year, and AMG’s first electric performance car the EQS 53.

Impressively, though, it's not the most eye-catching car on the stage. That honour goes to the Vision AVTR.
It uses a 'brain-computer interface' so you can control it with your thoughts.
Looks incredible, too. pic.twitter.com/k6869PEm7R

For its glimpse into the future, Mercedes is also showcasing its Vision ATVR, which uses brain-computer interface technology. That basically means using your mind to control the car and those at the show can even try this out.