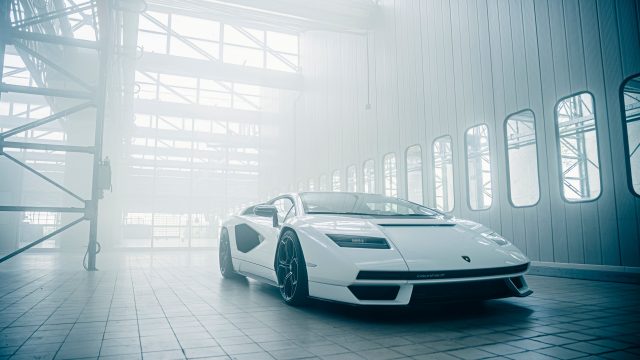 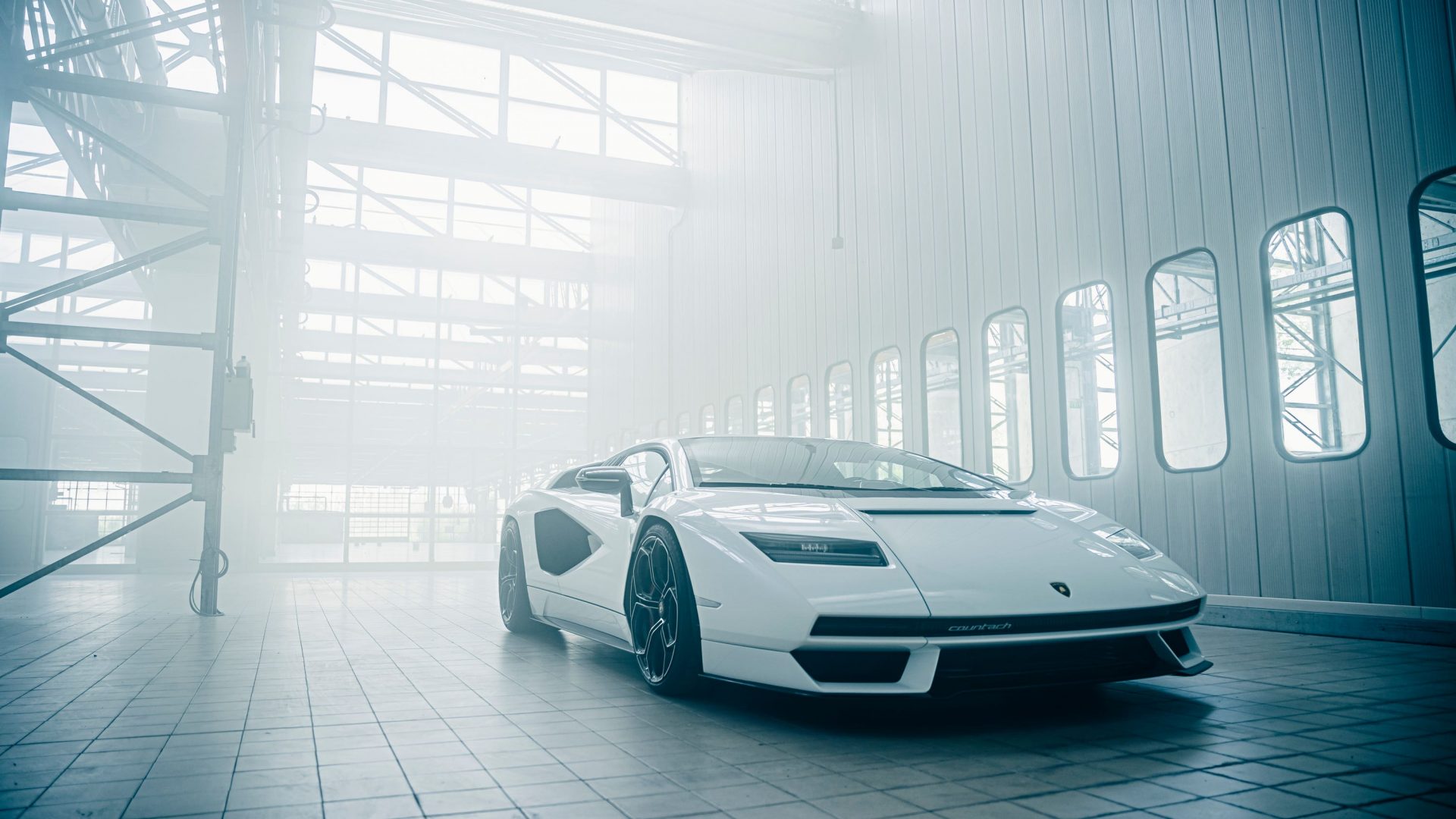 Lamborghini’s resurrection of the iconic Countach model has been revealed for the first time – and it pays homage to its predecessor’s wedge-shaped design.

Car Dealer reported last week that the Italian marque was bringing back the original poster car to mark the model’s 50th anniversary.

At the time, Lamborghini released only one image – which showed the car under a cover – but its design has now been unveiled.

Loosely based on the Sian hypercar, the Countach LPI 800-4 is a modern interpretation of the much-loved classic.

It has a a wedge-shaped body with simple lines and panels that evoke memories of the original.

Lamborghini says the new Countach is not meant to be a retrospective homage on the classic car, but is instead supposed to imagine what the Countach would be like if the model line had continued to today.

The new car has a long, low rectangular grille and headlights, while the bodywork is smooth and clean, lacking the fussy design common to many modern cars.

Other features include a quad-exit exhaust pipe as seen on the original model, hexagonal rear lights similar to those found on the Sian, and the firm’s iconic ‘scissor doors’. 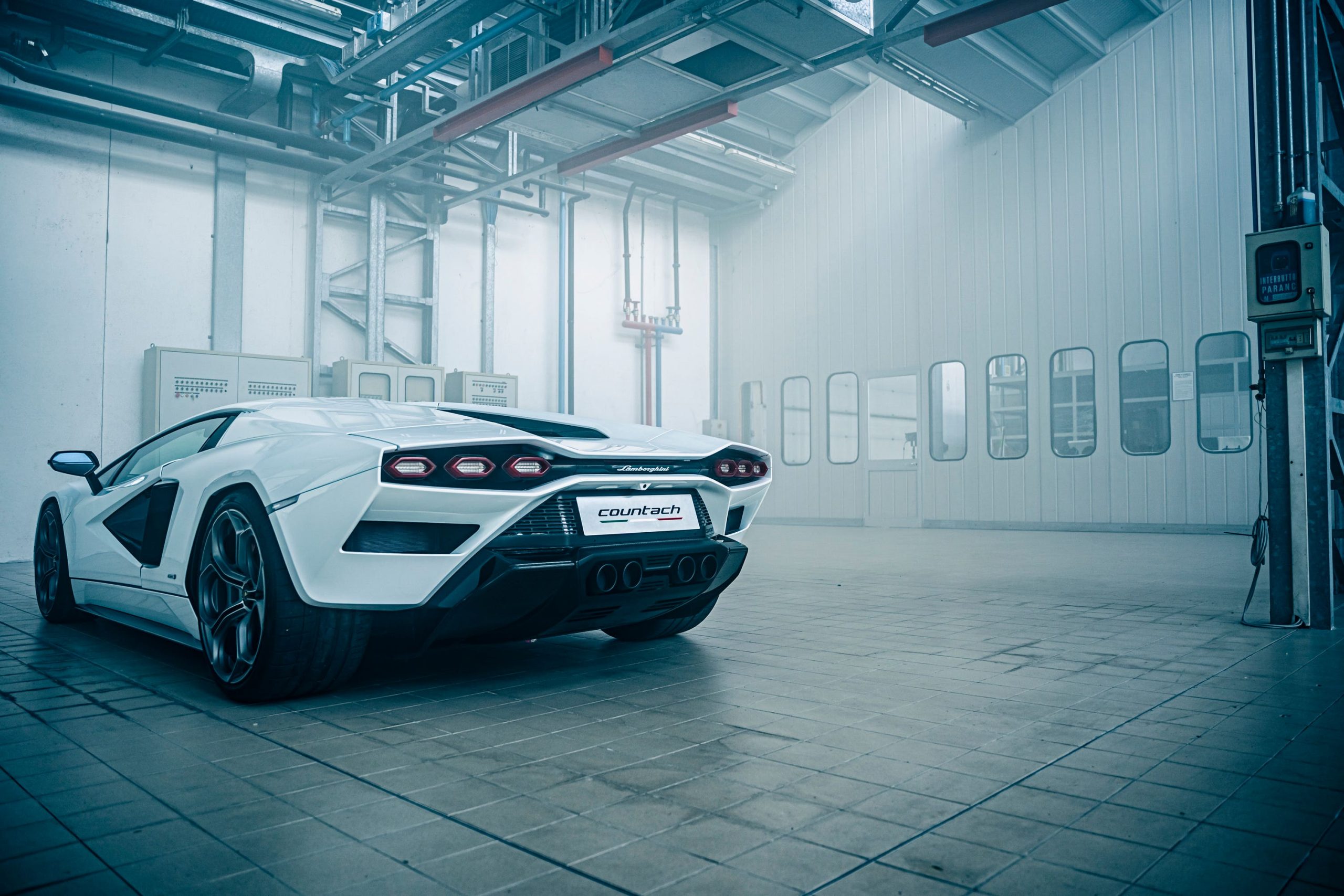 The hybrid is being given an extremely limited production run with just 112 being built.

It borrows the powertrain from the Sian, meaning it has a 6.5-litre V12 petrol engine combined with a supercapacitor – a faster alternative to a traditional battery – making it one of the first vehicles to use this kind of hybrid technology.

Mitja Borkert, head of Centro Stile, Lamborghini’s design studio, said: ‘The first Countach has been present in our Centro Stile as a model for some years now.

‘Whenever I look at it, it gives me goosebumps and it serves as the perfect reminder for me and the entire design team to design every future Lamborghini in a visionary and futuristic way.

‘This is a negotiable part of our DNA, the essence if you so will. The first Countach shaped the Lamborghini design DNA like no other car; the new Countach translates that unconventional and edgy character into the future.”

The Lamborghini Countach LPI 800-4 gets the latter part of its name from features that distinguish the model.

LP references the longitudinally mounted engine, the ‘I’ refers to the hybrid technology, 800 rounds down the power output and 4 denotes its four-wheel-drive system.

The model made its public debut this weekend at Monterey Car Week in California.