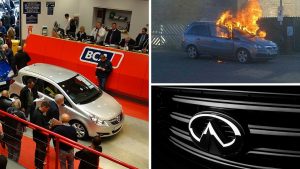 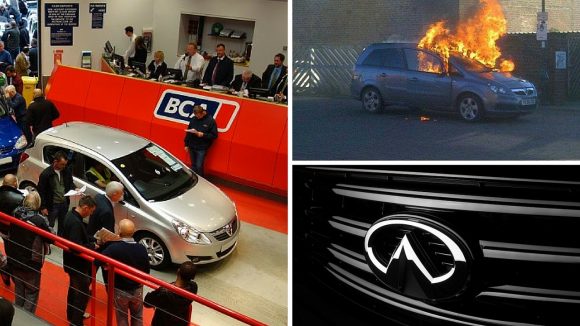 Find out all the news from the past seven days by clicking play on the video below.

BCA acquires Paragon Automotive in £105m deal
BCA says the deal is an important step in the progression of its strategy of delivering ‘a broad-based automotive support services business that is able to provide a one-stop-shop for the handling of vehicles throughout their life-cycle’.

Zafira fires: Vauxhall’s response ‘wholly inadequate,’ says MP
Vauxhall has revealed it first recorded a Zafira car bursting into flames due to a problem with its heating and ventilation system in 2009, several years before owners were contacted over the issue.

Used EV stock surges more than 600 per cent since 2014, says AA Cars
The growing popularity of electric vehicles (EVs) has prompted a rise in the availability of affordable, second-hand EVs in the UK over the past two years, according to the AA’s used car portal AA Cars.

AutoVolo launches revolutionary new partnership scheme
Autovolo – one of the UK’s fastest-growing automotive classified websites – has announced details of a new scheme that will give dealers the opportunity to become a shareholder and have a voice in the turbulent industry.

Infiniti breaks sales records in first half of 2016
Infiniti achieved a new sales record in the first six months of 2016. In Europe, the carmaker sold 9,535 vehicles in the past six months – up 177 per cent over the same period last year. Meanwhile, 1,586 vehicles were sold across the continent only in June, marking an increase of 154 per cent.

Jeep records best-ever sales month in June
Jeep witnessed a record-setting month in Europe, the Middle East and Africa (EMEA) last month, marking its best sales month ever. The brand sold 12,300 units (up 11.5 per cent compared with the same period last year) in June, as well as achieving the 32nd consecutive month of year-on-year sales growth.

Martins Group redevelops its Camberley VW dealership
Martins Group has started work on the redevelopment of its Volkswagen site in Camberley, Surrey. Scheduled to be completed by the end of the year, it will be ‘business as usual’ during this time.

Next Nissan GT-R could help teach you how to drive better and faster
The man behind the company’s vision for automation, vice president of product planning Ponz Pandikuthira, has promised that self-driving tech has a place in every one of the company’s cars, including its high-performance models.

Enjoyed the news video? You can find more videos from the team at Car Dealer Magazine on tradeplates.tv.